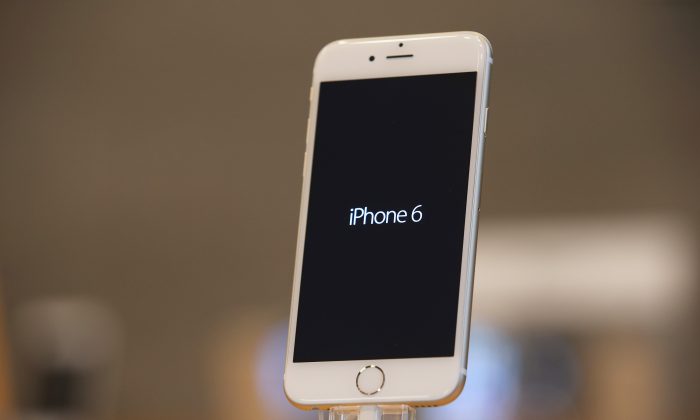 An Apple iPhone 6 stands on display at the Apple Store on the first day of sales of the new phone in Berlin Germany on Sept. 19, 2014. (Sean Gallup/Getty Images)
Tech

Apple took the wraps off of its hotly anticipated new iOS 9 software on Monday, and iOS device users around the world are salivating in anticipation of the new software's release this coming fall
By Zach Epstein

Apple took the wraps off of its hotly anticipated new iOS 9 software on Monday, and iOS device users around the world are salivating in anticipation of the new software’s release this coming fall alongside the next-generation iPhone 6s and iPhone 6s Plus.

Of course, anyone with a developer account will be able to start playing with the new version of iOS beginning today, but you can be sure they’ll have to deal with plenty of annoying bugs as Apple spends the summer refining iOS 9 and getting it ready for its public release.

There was tons of new functionality discussed on stage on Monday as Apple unveiled iOS 9, but which new features should you be most excited for? Don’t worry, we’ve got you covered.

DON’T MISS: The future of the iPhone is here: Apple unveils iOS 9

You can check out our huge WWDC 2015 hub for all of the news surrounding iOS 9, but here are the five best new features Apple added:

Siri was dramatically improved in iOS 8, but Siri will be turbo-charged in iOS 9. Most importantly, Apple has added new “Proactive Assistant” features to Siri in iOS 9. This means that like Google Now, Siri will proactively serve up information and perform functions without any action taken by the user.

For example, Siri’s new Proactive Assistant features will recommend people to contact based on upcoming meetings and apps to open based on the time of the day and your previous usage patterns. App recommendations will appear on the bottom left of the lock screen and also in iOS 9’s new Spotlight search page.

Siri also understands context now. So if you’re looking at an email you can open Siri and say, “remind me about this later,” and Siri will create a reminder that opens the appropriate email.

Proactive Assistant will also automatically add invitations and events to your calendar, which is a nice addition. You’ll also get Google Now-like features such as notifications that you need to leave to arrive at a meeting on time, based on traffic conditions.

Unlike Google Now, however, all of the data analysis needed to facilitate these features happens on the device — no data is stored on Apple servers and nothing is shared with third parties.

First up, the 50 million people out there with Discover cards will finally be able to add them to Apple Pay. Big brands like Trader Joe’s and Baskin Robbins will begin accepting Apple Pay this year as well. More importantly, Apple is working with Square to launch a new Apple Pay-compatible card reader that can be used by small businesses.

Pinterest will also be adding buyable pins, which will let iOS users with the Pinterest app buy items from directly within the app.

Where iOS 9 is concerned, Apple is adding support for store credit cards, rewards cards and membership cards. That means you won’t have to carry a separate rewards card or give your phone number to cashiers. Since Passbook functions as a more complete wallet now, it has been renamed to Wallet in iOS 9.

Notes now has a toolbar and built-in check list support. Beyond that, camera and camera roll access has been added to the app, as has drawing support. You can also add links to a note using a new share sheet entry. iCloud will also sync everything across all of your iOS and Mac devices.

Where Apple’s Maps app is concerned, Apple has finally added new maps and associated information for public transit. The Maps app will route using all available modes of public transportation. Apple’s app also gives specific walking directions inside of bus and train stations, which is pretty incredible. Transit features will be available in 10 cities to start.

Apple also unveiled a new application called News. The new app personalizes news content from a wide range of sources, and it presents content in a great interactive user interface. Publishers will have to customize their content to take advantage of all the features News offers.

There are several iPad-specific updates in iOS 9. For example, there’s a new shortcuts section in the keyboard that provides quick access to things like copy/paste features. Beyond that, touching the keyboard with two fingers at a time transforms it into a giant trackpad so users can move the cursor without leaving the typing position.

The biggest update is definitely the iPad multitasking update in iOS 9. There’s a great new app switcher interface, and then the “slide over” feature allows users to slide new apps onto the screen, and “split view” allows users to display multiple apps on the screen and the same time and work in both.

There’s also a fantastic picture-in-picture feature that lets you display a thumbnail of a video on top of whatever app you’re in.

This new feature will extend battery life by up to three hours when enabled. It’s similar to offerings from Samsung and HTC, but not quite as extreme. It does limit some functionality, but all core features are still acceptable.