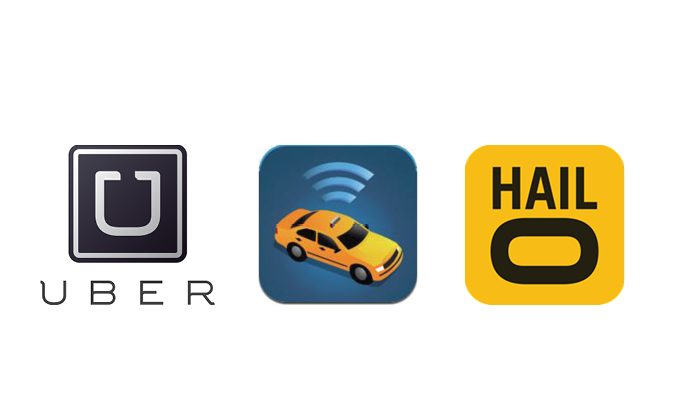 Logos for the three e-hail apps officially approved for use in New York City by the Taxi and Limousine Commission.
New York

NEW YORK–The temporary ban on e-hail apps in New York City was lifted on June 6. Only three apps are approved for official use by the Taxi and Limousine Commission (TLC). They are Uber, Hailo, and TaxiMagic.

All three apps are free to download for iPhone or Android devices.

More apps could be approved, but in the meantime New Yorkers can use the reviews of the official apps below to make a choice.

Uber
Uber is the fullest featured e-hail app out of the three reviewed. The main difference between Uber and the other apps is that Uber allows users to e-hail yellow taxis, livery cabs, and SUV’s. Uber has an appealing and streamlined user interface. A test on June 6 showed one or two yellow taxis in a 10 block radius in various locations in New York City. Uber supports payments via smartphone, but not for yellow taxis. There is an option to scan your credit card using the smartphone camera. The app is also available in several major cities in the United States and worldwide.

Hailo
Hailo’s interface is easy to use and the signup process is intuitive. A test on June 6 showed between one and three yellow taxis in a 10 block radius in various locations in New York City. Hailo only allows for hailing yellow taxis. Hailo plans to add a payment system that would allow users to pay with their smartphones, but it is not necessary to enter a credit card number to use the app. There is an option to scan your credit card using the smartphone camera. A spokesperson with the New York City Taxi and Limousine Commission said that the smartphone payment system would have to be approved by the city before moving forward. The app is also available in London, Dublin, Toronto, Chicago and Boston.

TaxiMagic
TaxiMagic serves more cities in the United States than Uber and Hailo combined. Although it has been approved for use in New York City, the app is not yet in service as of June 6. The signup process is longer than the other apps and requires more detail.