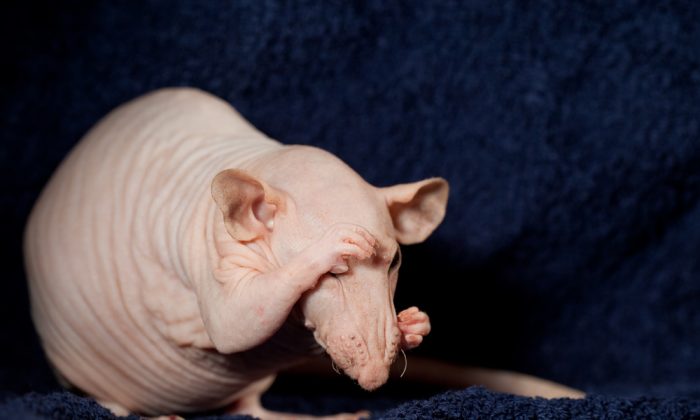 What do scientific researchers do when they lack inspiration and seriousness? They turn their job into something fun, and this is the result: a list of the 25 silliest, strangest, and weirdest animal names.

(It’s the longest scientific name after Gammaracanthuskytodermogammarus loricatobaicalensis, which was proposed by B. Dybowski in 1927, but was not accepted). Cookies to whoever manages to pronounce this right.

The name might not sound so funny at first… but the hood in question is actually their bladder.

A close relative of the beautiful and famous blob fish.

In a beauty contest, the blob fish and blob sculpin might soon have a viable competitor.

The new trend in Antartica: chinstraps!

Natural makeup at its best.

Freeze it before you eat it!

Their tail is actually longer than their body. They are also an endangered species. Find a picture here.

They are known for their intensely painful bites. Do not underestimate the agony these little killers inflict.

Their name might be easy, but finding a photo of them is definitely not a “pieza kake”. They are an extinct species. But others seem to have more luck finding pictures. See for yourself here.

Originality at its best.

You can now celebrate Christmas under the sea.

It has relatives with weird names too (like Agra cadabra and Agra phobia). Perhaps it runs in the family. And it was so aggra-vating to find a photo that we gave up… just kidding, agracadabra, it’s here.

What did they do to deserve that name?

(This really sounds like an insult, for some reason. “You are such a monkeyface prickleback!”)

Also called trilobite. Part of the genus “Han”, but since it’s the only one found so far, it’s “solo”. (Sadly, it doesn’t belong in Star Wars).

This one seriously deserves its name. Here. (Please refrain from searching for “flying buttocks” on Google. Try its scientific name instead: Chaetopterus pugaporcinus).

No photos could be found of the Aha ha. The image below is a wasp of the Pison genus, which is from the same family as the Aha ha. At least it looks kinda funny.

*Image of “Funny animal” via Shutterstock