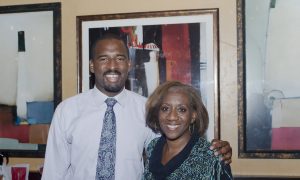 The end of 2013 saw a wave of efforts by individuals and governments to condemn the practice of forced organ harvesting in China, suggesting 2014 will see more being done to stop this crime against humanity.

The most visible sign of this new momentum was a petition circulated by the human rights group Doctors Against Forced Organ Harvesting.

Addressed to the United Nations High Commissioner of Human Rights, the petition asks the high commissioner: to call for “an immediate end of forced organ harvesting from Falun Gong practitioners in China,” to initiate investigations that will lead to the prosecution of those responsible, and to call upon the Chinese government to end the persecution of Falun Gong.

Nearly 1.5 million (1.48) people in 53 countries on 5 continents signed the petition, which was delivered to the high commissioner’s office in Geneva on Dec. 9.

On Dec. 6, a bill was introduced into the Canadian Parliament that will sanction those who take part in forced organ harvesting.

On Dec. 12, the European Parliament passed a resolution condemning forced organ harvesting in China. The United States House of Representatives is expected to vote on a similar resolution early in 2014.

In Australia, a petition with 170,000 signatures was delivered on Nov. 27 to Member of the New South Wales Parliament David Shoebridge. The petition called for the passage of a law he had introduced meant to prevent citizens from obtaining organs from unwilling victims.

In France, MPs have called for the passage of a law to prohibit trafficking in human organs. In Sweden, Taiwan, and Hong Kong there have been recent discussions among legislators about what legislation might help prevent their citizens from taking part in or colluding with China’s regime of forced organ harvesting.

Nations around the world are beginning the work of building an ethical global organ transplantation system.