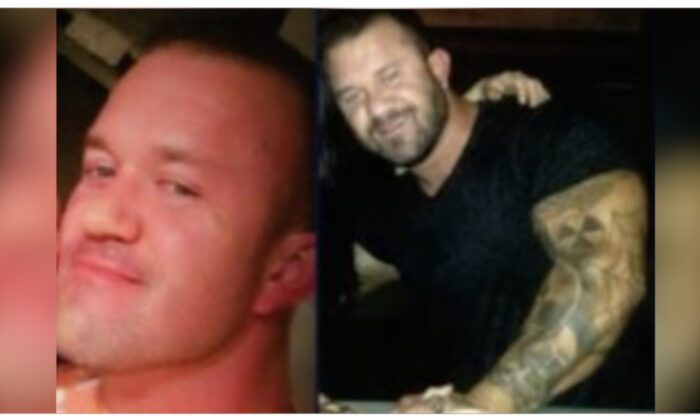 A former U.S. Marine allegedly involved in the 2016 killing of Krystal Mitchell in California has been arrested by U.S. Marshals in El Salvador after he fled the country and hid in Central America for years.

Raymond “RJ” McLeod was arrested around 4:30 p.m. on Monday after U.S. Marshals Service (USMS) and Salvadoran authorities received a tip that he was teaching English in a school in Sonsonate, a community of 71,000 20 miles off the Pacific Coast, Fox News reported.

In April 2021, McLeod was added to the top 15 most wanted fugitives and was deemed so dangerous by USMS that they offered a reward of up to $50,000 for information directly leading to his arrest.

“McLeod will be the first fugitive in history on our 15 Most Wanted list with an initial reward of up to $50,000,” USMS director Donald Washington said in a statement at the time. “McLeod poses a significant threat to the public and must be brought to justice.”

The reward that was offered is rather significant, as it is double the normal amount. Most of the wanted fugitives on the list have a bounty of $25,000.

The search for McLeod was assisted by the victim’s mother, a veteran detective named Josephine Wentzel who stepped out of retirement just to help track down the alleged murderer.

“I have had faith and trust in them, and ever since meeting Francisca Barajas, I had full confidence that this day would come, and he would be the one to catch him,” Wentzel said. Barajas was her colleague in the search who works under Frankie Sanchez, the regional USMS task force chief.

Wentzel praised Sanchez and Barajas for their “excellent work,” telling them they “are bonded for life” after working together for years to solve her daughter’s homicide.

On June 10, 2016, authorities in San Diego responded to a 911 call involving a woman, later identified as 30-year-old Krystal Mitchell, who appeared to be unresponsive in an apartment. Mitchell was pronounced dead at the scene by medics.

Following an investigation, detectives obtained information that Mitchell was last seen with her boyfriend, McLeod, and determined there were “signs of a struggle” at the scene. The couple traveled to San Diego to visit friends, according to U.S. Marshals.

Police confirmed that Mitchell died due to strangulation after she and her boyfriend visited a bar in San Diego, where McLeod got into an argument with a man. The couple and the man, who was not identified, were kicked out of the bar. McLeod and Mitchell returned to the rental apartment, and Mitchell was found dead by local police the next day.

The San Diego District Attorney’s Office charged McLeod with murder, and a warrant was issued for his arrest. The USMS said they believe McLeod fled the United States through Mexico and then traveled further into Central America after Mitchell’s death.

In 2017, authorities obtained information that McLeod was spotted in Guatemala, and a year later he was seen in Belize.

USMS member Steve Stafford said in 2021, five years after Mitchell was found dead, that the federal agency will never stop searching for McLeod until he is apprehended.

“The passage of time will never deter the Marshals’ fugitive investigation for McLeod,” Stafford said. “If anything, it fuels our determination. We will leave no stone unturned until he is brought to justice.”