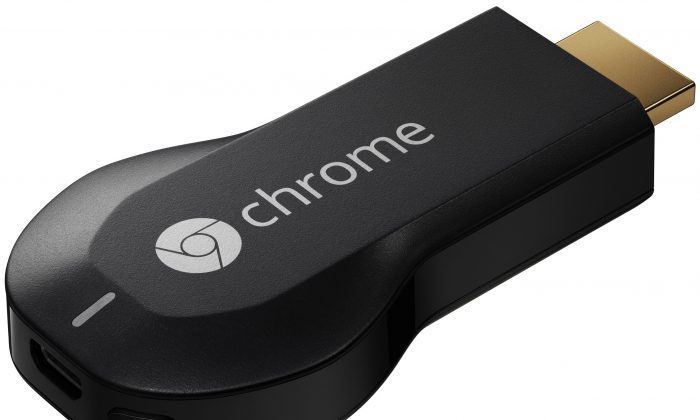 Without a doubt, Google’s Chromecast tops our list of 2013 tech buys? Why? At a $35 price, its almost an impulse buy, and with it, you get a wireless connection to your large TV screen. With it, you can hook up your favorite video apps–Netflix, Hulu, Youtube–and watch your favorite videos or music on a big screen. Need to do more or have an app that isn’t supported? Install the Chromecast plugin on your Chrome browser, and you will be able to pull up a full browser window on your TV screen.

I have to say the $199 Acer C720 Chromebook comes up second in the list. First, its ridicolously cheap–we haven’t seen a quality-build laptop like this for less than $200 since laptops first came out. Second, its 11.6″ inches in size, and really lightweight and portable. The $199 model does come with only 2 GB RAM, but owners of the product claim that 2 GB is more than enough for web browsing even with multiple tabs open while listening to Spotify online–and honestly, given that Chrome OS is a shell on a web browser, you’ll be hard pressed to do more than that on this laptop. If you’re more adventorous and want to install a full Linux operating system using crouton and other tools, go ahead, but we do recommend the 4 GB, $249 version of this laptop for that–and that model has been hard to find.

What can we say–the iPad Air is a gorgeous tablet. Its thin–even thinner than previous tablet lines–and hence lightweight, easy to carry and just a pleasure to use. Backed by iOS and Apple’s strong App Store, you’re bought to love this if you’re a tablet user. While the thinness may make it feel a bit delicate, it is fairly well built and with Apple quality.

A ten-inch tablet too big for you? Well, Apple has an answer there as well. The latest version of its iPad Mini, the iPad Mini 2 with Retina display, packs a whopping 326 dpi pixel density into a 7.9-inch tablet view. Now you have a tablet that you can fit in the palm of one hand (well, an extended palm really, but a a palm nonetheless), so you get all of the iPad’s goodness in a small form factor.

Number 5 on our list was a toss-up between this and the Chromebook Pixel (which comes next), but the Macbook Pro is the winner only because it can do a lot more than a Chromebook today. Besides, the new Macbook Pros are blazing fast–the lowest end model ($1,299) is powered by a 2.4 GHz dual-core i5 processor and 4 GB RAM. If you want to go all the way to the high-end of the Macbook Pro line, you could blow $2,599 on a 2.3 GHz quad-core i7 processor and 16 GB RAM. All new Macbook Pros come with Apple’s Retina display, which gives you gorgeous display on a laptop. And best of all, the new Macbook Pros are really lightweight too–with the low-end model weighing only 3.46 pounds, they are approaching the Macbook Airs in terms of weight and portability.

Ah, the much derided Chromebook Pixel. At $1,299 for a touchscreen laptop with an i5 processor, 32 GB SSD, and powered by Chrome OS, is it even worth it? Even with a high resolution display (the Pixel’s 239 dpi held the highest resolution for a while before the new Macbook Pros came out), it still is basically a browser in a laptop. And you could spend a little bit more ($1,449 in total) and get a similar model with 64 GB SSD and a 4G connection. But outside of Chrome OS’ limitations, the Chromebook Pixel is a work of art: Google’s magnus opus in terms of laptops competes with Apple’s best builds for laptops. The Pixel has a solid feel, and it is a wonderful looking piece of hardware. But: if you need to live outside a browser and aren’t techie enough to install Linux to get additional programs, we recommend skipping this one.

Apple’s new Mac Pros may have met with much derision for their form factor (they’ve been compared to looking like a trash can). But: they are fast, pack the best hardware on the planet, are one-eighth the size of previous models, and are very very quiet while operating. While they do include prorietary hardware units and connectors, you can be sure that Apple has ensured that its one smoothly functioning piece of equipment for workstation users. And hey, despite these units costing anywhere from $2,999 to $9,600, its apparently even hard to build equivalent Windows PCs for a similar price range. And the Mac Pro is assembled in the USA, for those who care.

Probably the only smartphone we’re going to list here. You probably have a smartphone already, and its most likely an Apple or Samsung product. But having looked at the new Motorola phones, we just have to at least mention these. The Moto X is likely the most customizable smartphone on the planet today, and you can choose from a range of backplates, button colors and customize your phone in just about every way possible. And oh, it is assembled in the USA too. The Moto G, at an off-contract price of $179, is impossible for beat for its price. It features mid-range phone features at a low-end price. If you are looking for customizability and hip, the Moto X is the answer. If you are looking for a budget smartphone, its hard to beat the Moto G.

There’s actually not too much to say about the Nexus 7, the Android tablet co-produced by Google and Asus. Really. It is the flagship 7-inch Android tablet that was meant to be a rival to the Amazon Kindle Fire tablet, and while it has made some inroads, its actually not been able to hold up against the Kindle or even Samsung’s range of Android tablets. Having said that, this deserves an honorable mention mostly because its a pure Android tablet, and is backed by Google updates when a new Android version comes out. Plus at 323 pixels per inch, it has one of the highest resolutions per inch for any tablet out there.

Outside of the Chromecast (#1), this is the only non-desktop, non-laptop, non-tablet to be featured here. The Ouya game console, at $99, is a steal. I’ve played a friend’s unit, and with the various ROMs and games out there for it, the Ouya makes a perfect TV companion. Its hardware is decent, and while not close to its big brothers XBox and Playstation, packs enough punch for some serious gaming with friends.