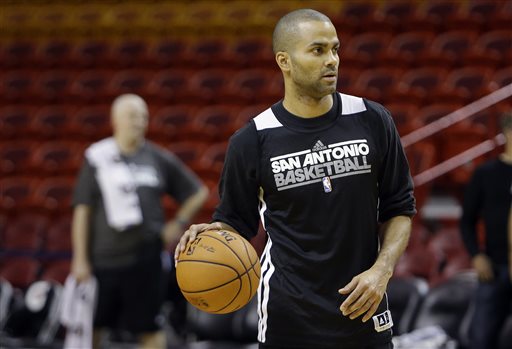 Tony Parker’s shot that put the San Antonio Spurs up by two possessions over the Miami Heat during the NBA Finals on Thursday was the stuff of legends.

Parker appeared to slip on the court during the Spurs’ final possession before regaining his composure. The ball squirted out of his hands before he got back.

He then made a double-clutch move around LeBron James to sink the jump shot.

The Spurs beat the Heat 92-88, and Parker’s shot was the final basket made by the Spurs.

“Tony did everything wrong and did everything right in the same possession,” James said of the possession. “He stumbled two or three times, he fell over … he got up and went under my arm. I got a great contest and he even double-pumped and barely got it off. That was the longest 24 seconds that I’ve been a part of.”