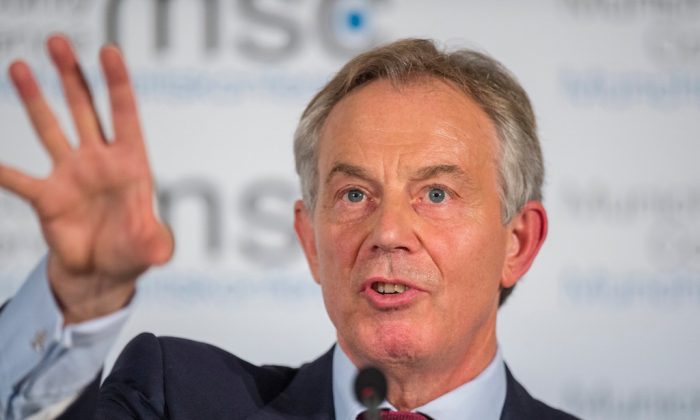 On May 27, former Labour Prime Minister, Tony Blair, announced he is resigning from his role as Middle East peace envoy for the Quartet, effective in June. Blair replaced former World Bank president James Wolfensohn almost immediately after leaving Downing Street in 2007. But while he will no longer have a formal role within the Quartet, he has stated he is still committed to bringing about a two state solution for the Israel-Palestine conflict. On June 7th, Blair announced he is the new chairman of the European Council on Tolerance and Reconciliation, a body dedicated to enforcing the criminalization of the Holocaust. However, as he leaves the Quartet, it is difficult to establish what exactly he achieved during his eight-year tenure.

The Quartet was established following the second major Palestinian uprising, the Second Intifada, against Israeli occupation in September of 2000. The purpose of the group was to bring about economic development to Palestine, improve freedom of movement, and accelerate peace talks between the two conflicting sides. The Quartet itself is an ad hoc committee formed of officials from the US, Russia, EU as well as the UN Secretary General, Ban Ki-moon. Nevertheless, in spite of the best efforts of its four members and the eminent Blair, Israel has continued to illegally build settlements on Palestinian land, and death tolls have grown significantly. It is safe to say the Quartet has had minimal impact in the region.

Blair, on the other hand, has achieved overwhelming personal gains through his role in the organization. Since acquiring the position in 2007, Blair has made an estimated $148 million in consultancy services with some of the world’s “best known dictators”. In November 2009, Blair strategically orchestrated a deal under the guise of lobbying Israel on behalf of Palestine to release cell phone frequencies in the West Bank. This deal not only lead to profit for Blair and his associates, but also gave Israel leverage to force the Palestinian Authority to drop efforts to pursue the Goldstone report on Israeli war crimes in Gaza. He also brokered an agreement with Netanyahu to secure contracts for British Gas to exploit natural gas fields worth $6 billion in the occupied waters in the Gaza Strip without so much as a consultation with the Palestinian Authority.

Evidently, Blair capitalized on his role to grow his client base with countless other powerful leaders in the region while doing little for Palestine’s own economy. Moreover, it is hard to ignore the irony of Tony Blair’s role as the envoy for peace in the Middle East when he, among others in the Quartet, is largely at fault for orchestrating the war in Iraq.

His spotty reputation has even led to him being shunned by his very own Labour party. Three candidates publically rejected his £1,000 donation (approximately $1,526) during the campaign leading up to the British General Elections last month. While the Labour party as a whole did not support the move, the public message was incredibly conspicuous. Even as Blair entered the British election campaign last Tuesday with a speech on Britain and Europe, other candidates were quick to bring up his “toxic legacy”. His public standing largely overshadowed the importance of his message, which comes at a critical time as Britain prepares for a referendum on EU membership.

However, his business dealings and profiteering from his role in the Quartet do not necessarily mean that he is wrong about UK’s continued membership in the EU. Blair has no one to blame but himself for losing the trust of the British public. However, we should listen to the words of the messenger rather than focus on the person of the messenger. Blair is one of the only strong, pro-European voices left in British politics, one of the only individuals that stops short of saying “the UK should stay in, but” when talking about the forthcoming in/out referendum. Furthermore, a battered Labour party should look, not to the person of Tony Blair, but to his teachings. Chasing lucrative contracts might have ruined his reputation, but Blair’s political instincts and charisma make him a formidable political animal.

In a political landscape dominated by spin doctors and media advisors that have completely sanitised the discourse of lawmakers to the point of leaving just a husk of nicely polished, focus-group tested phrases, Blair’s irreverent presence will certainly give a new lease of life to British politics. While the Quartet has lost absolutely nothing in regards to achieving peace in the Middle East, the UK has gained a relentless campaigner for continued EU membership.