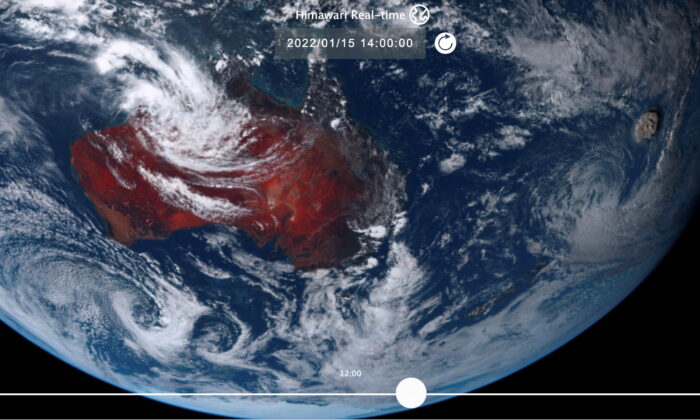 Tonga: Where Are the Americans?

Sometimes you get more than one chance to make a first impression. So it is with the United States and Tonga—the small but important nation in the South Pacific that recently was hit by a volcanic eruption and tsunami.

The United States was one of the first countries to sign a treaty with Tonga, in 1886, helping ensure its sovereignty at a time when neighboring countries were being gobbled up by colonial powers. It was also there for Tonga during World War Two, when troops were stationed in the country to keep it safe from yet another threat to its sovereignty.

There are excuses of course: Not enough money or manpower, too busy elsewhere, and it’s Australia and New Zealand’s turf, anyway. So they will take care of things.

But when these natural disasters happen—certainly in the Pacific—one instinctively expects the Americans to pitch in, if not take the lead.

In the week after the Tonga eruption, the Americans haven’t been heard from, except for $100,000 from USAID.

To their credit, Australia and New Zealand are deploying ships and have dispatched aircraft to Tonga.

This is almost expected. Providing help to friends (or even enemies) in need is something the democracies do at the drop of a hat. The Australians and New Zealanders fortunately paid attention to their amphibious capabilities in recent years.

Amphibious forces are ideal for humanitarian assistance and disaster relief (HA/DR); bringing along manpower, helicopters, trucks, logistic supplies (fuel, water, food), medical services, communications gear, engineers, and equipment. And they are able to access affected areas from the sea, which is especially useful when roads and other infrastructure are damaged.

There is a long history of amphibious forces conducting disaster relief operations throughout the Indo-Pacific—such as after the Boxing Day Tsunami in 2004 and other natural disasters.

But back to the Americans.

The U.S. Navy and Marines operate the Marine Expeditionary Units (MEUs)—usually three amphibious ships with a couple thousand Marines and all their equipment—most of which is “dual use” for either HA/DR or warfighting.

In fact, the late General Henry Stackpole (USMC retired), who led the Sea Angel relief operation in Bangladesh in 1991 while the Marines were returning from the first Persian Gulf War, once stated with obvious pride, “The Marines in the Pacific have saved far more lives than they [have] taken in the last 50 years.”

So one imagines that when news of the Tonga volcano and tsunami reached the U.S. Pacific Headquarters in Honolulu, the warning orders went out to the MEUs (and other units) to get ready to head or divert to Tonga.

And perhaps they might have even launched “preemptively” to be closer when, or if ordered, to pitch in. The volcano had been rumbling for days, spewing toxic clouds and raining pumice on islands over 50 miles away, before it finally exploded.

One imagines. The go/no go decision rests with the U.S. State Department. And it appears to be taking its time, or waiting for someone to ask for help. Or perhaps it’s leaving things up to the Australians and the New Zealanders.

Yikes. No mention of the Americans.

There’s presumably some teeth gnashing at INDOPACOM where people understand what’s at stake—and they have a long history of successful HA/DR operations. One hopes the Pentagon is lighting a fire under Secretary of State Antony Blinken or Team Biden’s Asia Czar, Kurt Campbell. Maybe also mention that there are many Tongan-Americans, and that many of them serve in the U.S. military.

This approach of leaving things up to others might be ideal for a McKinsey efficiency expert. But it’s not so good if you’re looking to give people a reason to think you’re better than a PRC totalitarian option, which already has its claws into Tonga and has offered to send in medical teams, and otherwise grabbing attention.

Like it or not, the United States is involved in a political warfare—or an “influence” fight—with the People’s Republic of China in the Indo-Pacific region. And the Americans are losing, partly by default—and too often by simply not “being there.”

Tonga will remember who came and offered to help—or at least made the effort rather than saying: “A little busy right now. I’m sending my best man … along with thoughts and prayers.” And if it doesn’t get the help it needs, apart from the human cost, it may be forced to take out loans to rebuild and, once again, its sovereignty may be at risk.

It might or might not be too late to launch the MEUs. But how about building an embassy in Tonga—with an outsized U.S. Marine detachment—so the United States can be there, when needed. As a friend should be.