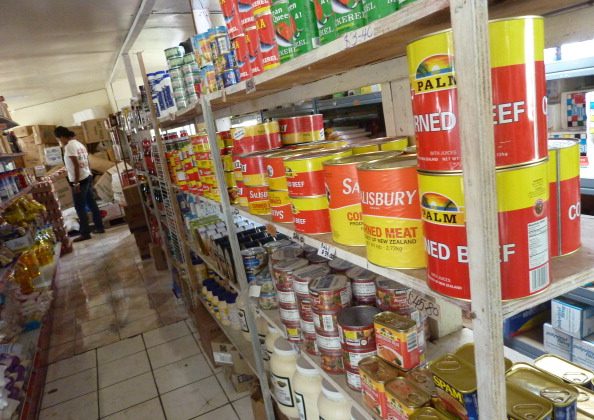 Tonga is suffering a severe downturn in its economy with the National Reserve Bank of Tonga calling on the islanders to pull together and support local industries, reports the local radio station.

The worldwide recession has touched the Tongan economy which has seen exports and remittances decline substantially.

The governor of the Reserve Bank, Sioso Mafi is hopeful that tourism will bring in more revenue.

“However, this area will only succeed if we give our support to agriculture and fisheries. To do this people should be eating local food and use locally made products, Tongan Broadcasting reported Mrs Mafi as saying last month.

“This helps us keep money here in Tonga, rather than lose our money overseas. And, this in turn will boost and support our tourism industry,” she added.

A reduction in remittances of some $NZ58 million has been attributed to Tongans living overseas losing their employment.

With the economic decline people will hesitate to take out bank loans believing that they will not be able to repay them, Steve Edwards, president of the National Reserve Bank, was reported as saying by Tongan Broadcasting.

“This has a knock-on effect on interest rates. Banks are forced to bring them down in order to enable more people to borrow from the bank. The trend also shows that economic activities are decreasing as well,” he said.

Joining the World Trade Organisation has not been positive for Tonga

Tonga joined the World Trade Organisation (WTO) in June 2007 despite a local survey showing that 89.3 per cent of Tongans expressed qualms over the conditions.

“A requirement for Tonga to join the WTO was a reduction in their import tariffs to a top tariff of 20 percent – far below the top tariffs charged by most of the countries that formed the working party for Tonga’s accession,” says Barry Coates, Executive Director of Oxfam New Zealand.

“This requirement represented a sharp reduction not only in the bound tariff (for example, the agreed tariff ceiling), but in the actual tariffs. So the impact on government revenue of this tariff cut was significant,” says Mr Coates.

The 2005 Oxfam report, Blood from a Stone, notes that peak tariffs for most other member countries were set much higher. United States’ tariffs were set as high as 350 percent for beef imports, Australia’s peak tariff is 55 percent and Fiji’s is 70
percent.

Adam Wolfenden, campaigner for the Pacific Network on Globalisation, a Pacific regional network promoting economic justice in globalization, agrees that commitments to the WTO appear to have affected Tonga’s economy adversely.

Tonga has been following advice from international institutions to cut domestic government spending, he said.

“Tonga’s WTO commitments now mean that it can’t undertake many of the policy options that developed countries have used to support and nurture their domestic industries.”

“This has left them in the particularly vulnerable position they are currently in,” says Mr Wolfenden.

“Even as the Reserve Bank Governor calls for more locals to buy domestic food and products, Tonga has reduced its ability to support such initiatives through a legislative capacity.”

The Australian government announced last Wednesday that it would contribute $5 million ($NZ6.5 million) toward the health and education sector to ensure that primary and secondary school teachers, doctors and nurses receive their salaries.

“Australia’s support aims to assist the Tongan government to provide critical health and education services in a challenging fiscal environment, while Tonga also delivers on its reform agenda,” announced the Australian High Commission in Tonga.