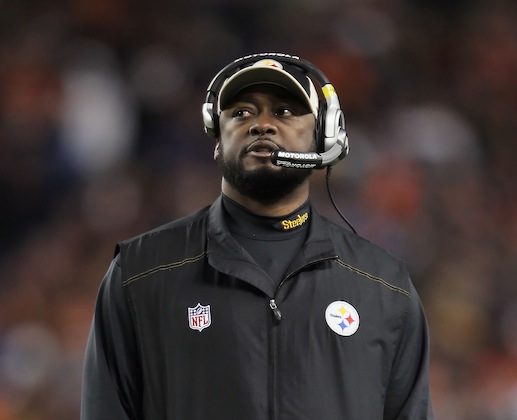 Mike Tomlin is 60-28 in his five years with the Steelers, including 5-3 in the playoffs. (Jeff Gross/Getty Images)
NFL

Tomlin Signs Extension With Steelers Through 2016

The Pittsburgh Steelers have signed head coach Mike Tomlin to a three-year extension that will keep the 40-year-old under contract through the 2016 season, according to a report on the team’s website.

Tomlin has been at the helm of the Steelers for five seasons now, having won the Super Bowl in 2008 while finishing first in the division four times.

“We are pleased to announce that Mike Tomlin will remain with the Steelers for at least five more years,” said Steelers President Art Rooney II. “Mike is one of the top head coaches in the National Football League and we are thrilled he will continue to lead our team as we pursue another Super Bowl title.”

The Steelers have had incredible success with coaches having made just two coaching changes (Chuck Noll for Bill Cowher and Cowher for Tomlin) since the NFL/AFL merger in 1970.