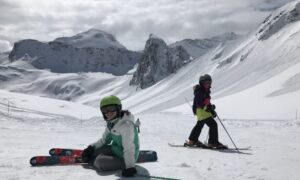 Boost Your Happiness With Your Old Travel Photos
0 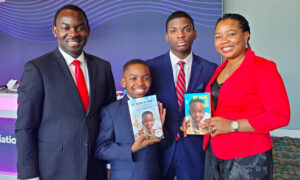 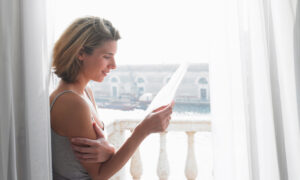 Let’s Bring Back the Thank You Note
0 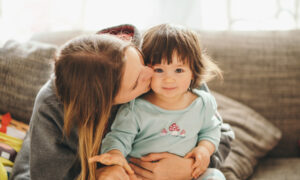 Boundaries and Warmth: How to Enjoy Time at Home With Young Children
0 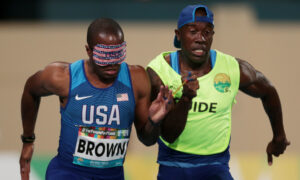 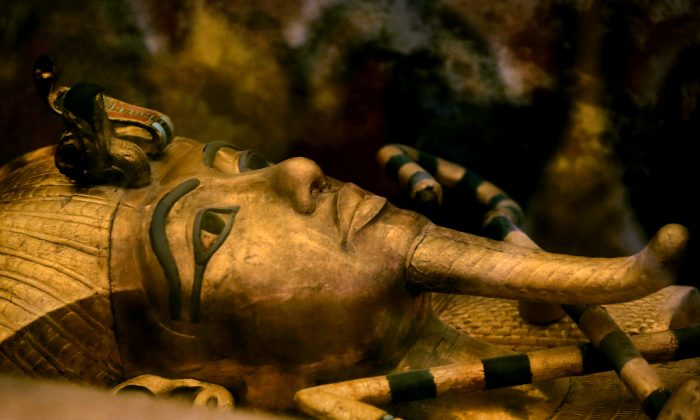 A file photo of King Tutankhamun's golden sarcophagus displayed at his tomb in a glass case in the Valley of the Kings in Luxor. (AP Photo/Amr Nabil)
Life & Tradition

CAIRO — Radar scans of King Tutankhamun’s burial chamber have revealed two hidden rooms, a tantalizing discovery that could resolve a mystery as old as the pyramids: What was the fate of Egypt’s beautiful Queen Nefertiti?

At a packed Cairo news conference Thursday to announce the find in King Tut’s tomb in Luxor, Antiquities Minister Mamdouh el-Damaty declined to comment on whether any royal treasure or more mummies might be inside the rooms.

But he said the unexplored chambers could hold some kind of organic or metal objects.

Most experts say that while the scans might reveal another tomb behind the false walls, it’s unlikely to be crammed with solid gold and a royal mummy like Nefertiti, whose 3,300-year-old bust on display in Berlin is one of the most famous symbols of ancient Egypt and classical beauty.

“Quite often, people have done these sorts of scans, and when actually investigated, things have turned out to be nothing like predicted,” said Aidan Dodson, an archaeologist at the University of Bristol in England. “If they are chambers, most likely they’d be filled with more funeral objects of Tutankhamun, possibly including some gilded statuettes of gods, or perhaps even the mummy of a young child who predeceased Tut.”

Still, the discovery has ignited massive interest, and el-Damaty cast the discovery as potentially huge. He said the radar scans of the chamber, taken last year and analyzed in Japan, will be repeated at the end of the month.

“It means a rediscovery of Tutankhamun … for Egypt it is a very big discovery, it could be the discovery of the century,” el-Damaty said. “It is very important for Egyptian history and for all the world.”

The discovery could also renew excitement in Egypt’s antiquities and help reinvigorate its flagging tourism industry, which has been hit hard in recent years by political violence, an insurgency in the northern Sinai Peninsula, and persistent attacks since the military’s 2013 overthrow of an elected but divisive Islamist president.

The contents of the newly found rooms could shine a light on one of ancient Egypt’s most turbulent times, and one prominent researcher has theorized that the remains of Nefertiti could be inside.

For many, Tut embodies ancient Egypt’s glory, because his tomb was packed with the glittering wealth of the rich 18th Dynasty, from 1569 to 1315 B.C.

British Egyptologist Nicholas Reeves speculates that Tutankhamun, who died at age 19, may have been rushed into an outer chamber of what was originally Nefertiti’s tomb. The queen was one of the wives of Tutankhamun’s father, the Pharaoh Akhenaten.

El-Damaty said it was too early to tell what the metal and organic matter could be, saying only that he thinks the chambers could contain the tomb of a member of Tutankhamun’s family, possibly a woman.

Luxor, in southern Egypt, served as the Pharaonic capital and is home to sprawling temples and several highly decorated ancient tombs in the Valley of the Kings.

Reeves reached his theory after high-resolution images discovered what he said were straight lines in Tut’s tomb. These lines, previously hidden by the color and texture of the stones, indicate the presence of a sealed chamber, he said. The images were broadcast live on national television in September.

At the Cairo news conference, el-Damaty showed the results of radar scans that revealed anomalies in the walls of the tomb, indicating a possible hidden door and rooms behind false walls that were covered up and painted over with hieroglyphics.

Tut’s tomb, the most intact one ever discovered in Egypt, was packed with well-preserved artifacts when it was discovered, but the fact that it was relatively small for the Valley of the Kings is boosting theories that there is more to be discovered.

For many, Tut embodies ancient Egypt’s glory, because his tomb was packed with the glittering wealth of the rich 18th Dynasty, from 1569 to 1315 B.C.

Related Coverage
Timeless Mystery: How Could a Swiss Ring-Watch End up in a Sealed Ming Dynasty Tomb?

An Ancient Mystery: Searching for the Lost Tomb of Antony and Cleopatra

Nefertiti was the primary wife of the Pharaoh Akhenaten, who unsuccessfully tried to switch Egypt to an early form of monotheism. Akhenaten was succeeded by a pharaoh referred to as Smenkhare, and then Tut, who was proven by genetic testing to have been Akhenaten’s son.

Many Egyptologists cite strong DNA evidence to argue that Nefertiti’s mummy is, in fact, one that already was found more than 100 years ago and is in Cairo’s Egyptian Museum.

Reeves believes that Smenkhare and Nefertiti are the same person, with the queen simply changing her name during her rule.

El-Damaty believes that if anyone is buried in the new antechambers it is likely Kia, believed by some to be the mother of Tutankhamun.

Tut, Nefertiti and Akhenaten’s family ruled Egypt during one of its most turbulent times, which ended with a military takeover by Egypt’s top general, Horemheb. The family’s names were later erased from official records.