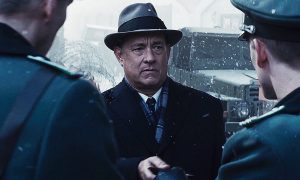 After Trump Win, Tom Hanks Says: 'We Are Going to Be All Right'
0
Share Now
TelegramFacebookTweetEmailTellMeWeReddit
Copy Link 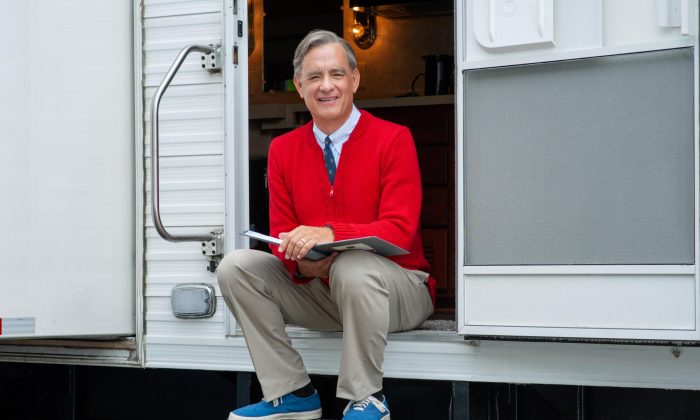 Tom Hanks will be playing television personality Fred Rogers in the upcoming movie ‘A Beautiful Day in the Neighborhood.’

The Oscar winner is starring in the lead role in one of Sony Films’ latest productions that captures the memorable moments of the late Rogers, who was well known for producing and hosting the long-running preschool television series Mister Rogers’ Neighborhood between 1968 and 2001.

Today we celebrate what would have been Fred Rogers 91st birthday! Happy Birthday Mister Rogers! pic.twitter.com/KYKsdBfjxA

Hanks, 62, will follow Rogers’ example of spreading joy through his kind and neighborly persona, which was what helped his program connect with its audience. Each show would end in Rogers encouraging his viewers by saying, “You’ve made this day a special day, by just your being you. There’s no person in the whole world like you; and I like you just the way you are.”

On this day in 1968, Mister Rogers’ Neighborhood aired nationally for the first time on NET, the precursor to PBS. Fred’s gentle message of kindness and empathy is still as relevant today as it was 50 years ago. Thank you, Mister Rogers, for believing that all children deserve quality educational programming!#MisterRogers50 #ItsABeautifulDay

Mister Rogers' Neighborhood: It's okay to make a mistake

Have you ever made a mistake? Mister Rogers reminds us that it's okay when we or people around us make mistakes, because everybody does sometimes!

The film, directed by Marielle Heller who previously worked on Can You Ever Forgive Me? (2018), tells Rogers’ life from the perspective of magazine journalist Tom Junod who wrote an article after meeting Rogers. Their enduring friendship lasted much of their lives until Rogers passed away after suffering from stomach cancer in early 2003.

Heller confirmed the film would not take a biographical approach.

“[This] movie is…. not a biopic,” she told Entertainment Weekly according to People Magazine. “I disliked that when it got announced it was characterized as such. It’s really not.”

She revealed the film would add major historical events to the context of the friendship between Junod and Rogers.

“It’s a movie that’s largely focused on a reporter and [Mr. Rogers’] relationship to his life, and how [the reporter’s] whole world changes when coming in contact with Fred Rogers,” she said.

Welsh-born Matthew Rhys plays Junod as a reporter assigned to profile the children’s TV show host. The plot follows his journey through overcoming his skepticism to accept Rogers’ views about empathy, kindness, and decency.

Rogers’ life was previously told through the 2018 documentary ‘Won’t You Be My Neighbor?’ that premiered at the last Sundance Film Festival and proved to be a hit at the box office.

Thank you, Mister Rogers, for bringing joy, hope and love to our world. Watch the new trailer for Won’t You Be My Neighbor? – in select theaters June 8th. #MrRogersMovie

Get a calendar reminder when the film opens in your city: https://t.co/tTFAakUqSV pic.twitter.com/h0zuzAbagq

Preparations for the latest film began in early 2018 when Sony’s TriStar Pictures bought worldwide distribution rights to the film ‘You Are My Friend’ on Jan. 29. The biographical film was based on a 1998 Esquire magazine article about television personality Fred Roger.

The new film’s script by Micah Fitzerman-Blue and Noah Harpster appeared in the 2013 Black List of best unproduced screenplays. Big Beach’s Marc Turtletaub and Peter Saraf, along with Youree Henley, have been appointed as producers.

Major filming began on Sept. 10, 2018 in Pittsburgh, Pa., and multiple sets have been converted to look like New York City. Part of the movie was also recorded in the Fred Rogers Studio at WQED (TV) where the original Mister Rogers’ Neighborhood was produced. Production of the film ended on Nov. 9, 2018.

Today would have been Fred Rogers’ 91st birthday! We’re celebrating with the newly-released book, “A Beautiful Day in the Neighborhood.” Grab your copy today: https://t.co/w9NX7Y6fVc pic.twitter.com/O2EdQO6lwi

A Beautiful Day in the Neighborhood premieres in theaters on Nov. 22.