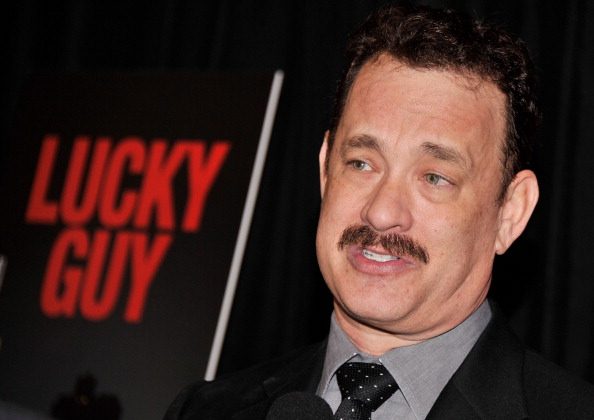 Tom Hanks fought back tears during a tribute to late director and screenwriter Nora Ephron during the opening night of her Broadway play, “Lucky Guy.”

Ephron died last year of complications related to leukemia and her unfinished work is now in the hands of Hanks, who was a longtime friend and collaborator, as well as others.

“That was a tough moment,” Hanks said of her tribute earlier this week in Manhattan, according to the New York Post. “We were going to do this, and Nora and [show director] George C. Wolfe were going to walk out onstage. I miss her. What more can you say?”

Hanks described Ephron, who was 71 when she died, as “fascinated by everything.”

Hanks said that Ephron “was always doing things that were so interesting. She told me, ‘Never turn down a front-row seat for human folly.’ ”

Hanks starred in several of her movies, including “Sleepless In Seattle” and “You’ve Got Mail.” But with “Lucky Guy,” it was Hanks’ broadway debut.

He told The New York Times in February about the rigors of starring in Broadway play. “There’s nothing like doing a show, being in a play, and it’s as much fun as it has ever been,” he said.

“You are working without a net and there’s no mercy–there’s no mercy whatsoever,” he said. “It’s not a process in which you can win people over by any way other than telling a compelling story.”