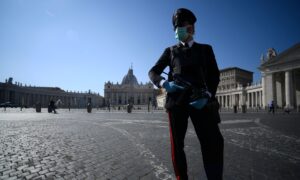 Over 1.5 Billion Globally Asked to Stay Home to Escape the CCP Virus
0 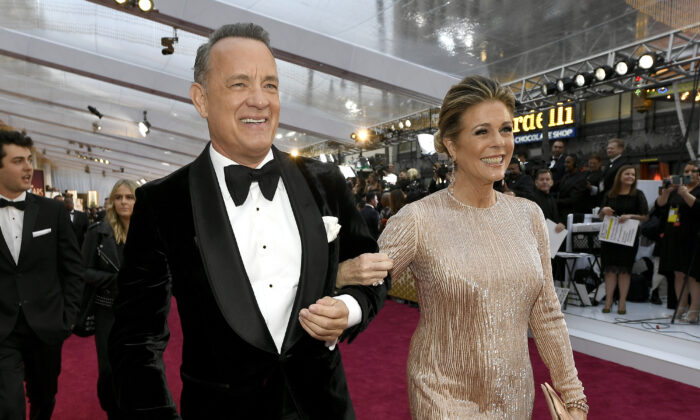 Tom Hanks revealed that he and his wife Rita Wilson are “feeling better” on his Twitter account on March 23, almost two weeks after they first announced their positive diagnosis for the CCP virus.

“Hey, folks. Two weeks after our first symptoms and we feel better,” the actor tweeted.

“Sheltering in place works like this: You don’t give it to anyone – You don’t get it from anyone. Common sense, no?” Hanks continued as he encouraged people to adhere to government requests for social-distancing.

“Going to take a while, but if we take care of each other, help where we can, and give up some comforts…this, too, shall pass. We can figure this out. Hanx.”

The couple was discharged from hospital last Monday, according to a spokesperson, and are now self-quarantined in a rented home in Queensland, Australia.

On March 11, Tom Hanks announced on his Instagram account that he and his wife, Rita Wilson, had tested positive for COVID-19, marking the first public announcement of infection among Hollywood celebrities.

The couple, who have been married since 1988, were in Australia when they began experiencing symptoms of the SARS-like disease.

Wilson had given a series of concerts in Australia and Hanks was filming an Elvis Presley biopic directed by Baz Luhrmann on the Gold Coast. The film was scheduled to be released in 2021.

“Hello, folks. @ritawilson and I are down here in Australia. We felt a bit tired like we had colds, and some body aches. Rita had some chills that came and went. Slight fevers too,” Hanks wrote at the time.

“To play things right, as is needed in the world right now, we were tested for the Coronavirus, and were found to be positive,” Hanks continued.

Queensland Health officials say they believe the couple contracted the CCP virus before arriving in Australia.