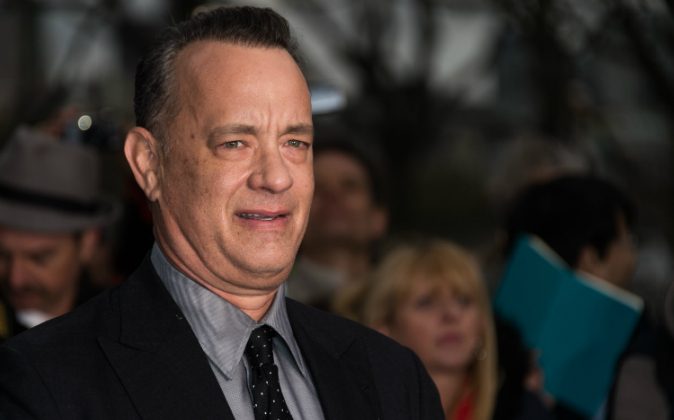 Tom Hanks attends the U.K. premiere of "A Hologram For The King" at BFI Southbank in London, England, on April 25, 2016. (Ian Gavan/Getty Images)
Entertainment

In an interview with BBC Radio 4’s “Desert Island Discs,” Hanks revealed that he experienced a childhood that was filled with loneliness—a feeling that essentially led to his career in acting.

Hanks said the question he would ask himself as a young man was, “How do I find the vocabulary for what’s rattling around in my head?” rather than formulate a plan to pursue acting.

“Not long after this, I started going to the American Conservatory Theater by myself to see plays that I had no idea even existed,” he said.

The “Forest Gump” actor began to choke up as the pair continued to reflect on his childhood that consisted of living in 10 homes over a five year span.

“What have you done to me?” an emotional Hanks asked Young, who offered her apologies. “What it was, was the vocabulary of loneliness,” answered Hanks when asked what exactly was rattling in his head.

It was not until Hanks was cast in a play age 20 that he would have his ‘Eureka’ moment—all the great plays were about loneliness.

The Deadly Truth About Loneliness

“It was a lightening bolt. That’s why I’m here,” he said. “That’s why I went to the theaters by myself.”

A year later he would marry Samantha Lewes, a premature marriage that would suppress his own feeling of loneliness.

“I had kids very young, my son Colin was born when I was 21 and my daughter Elizabeth was born four and a half years later. By then I thought I was rolling along with the natural order of things—progressing it towards my badge, certificate of achievement.”

Though the marriage to Lewes didn’t last—the couple divorced in 1987—Hanks credited beginning a family at an early age as the greatest thing to happen to him.

For Hanks, that other person is actress, Rita Wilson, whom he married in 1988.

“I don’t think I’m ever going to be lonely anymore,” said Hanks describing the feeling he felt when he met Wilson.