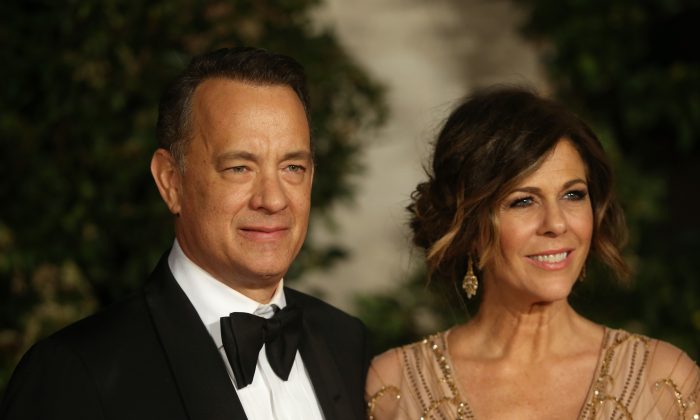 Tom Hanks and Rita Wilson are facing a lawsuit for negligence concerning their son Chet Hanks.

According to PEOPLE, who obtained the case’s court documents, the plaintiff identified as Terry Moogan, has a dispute with Hank’s son Chet after he allegedly rear-ended him in Los Angeles in February, 2015.

Moogan accuses Chet, 25, of driving while “under the influence of drugs and/or alcohol” when the accident allegedly happened.

The plaintiff said that Hanks and Wilson should be held partially responsible because they knew about Chet’s state and are owners of the vehicle.

“Despite knowing that Chester Hanks was a careless and reckless driver and a habitual user of drugs and alcohol, they negligently permitted Chester Hanks to operate their vehicle, and thus, in addition to Chester Hanks, are responsible for the physical and emotional injuries Mr. Moogan sustained,” states the lawsuit.

Moogan suffered unspecified maladies from the incident, including whiplash and a brain injury after hitting his head on the dashboard, according to a New York Daily News report.

The Daily News also said it is not clear whether Chet was under the influence, since he did not receive DUI charges. Police did not respond to the scene of the incident.

Last year Chet, an aspiring rapper, admitted his alcohol and drug abuse problems in a series of Instagram videos, which were later deleted. He said he was in rehab over the summer.

He also said in a tweet in January that he was doing well:

I just reached 6 months of sobriety. Blessings are happening all around me.