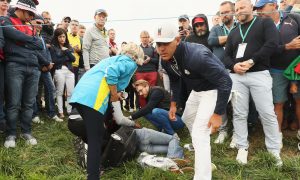 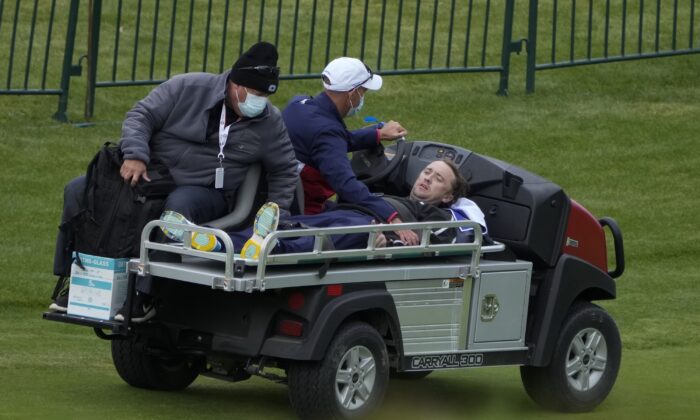 Actor Tom Felton is helped after collapsing on the 18th hole during a practice day at the Ryder Cup at the Whistling Straits Golf Course in Sheboygan, Wis., on Sept. 23, 2021. (Ashley Landis/AP Photo)
Golf

SHEBOYGAN, Wis.—British actor Tom Felton, known for his portrayal of Draco Malfoy in the “Harry Potter” movies, collapsed while playing a celebrity golf exhibition Thursday at the Ryder Cup.

Ryder Cup organizers said only that Felton experienced “a medical incident” at Whistling Straits and was taken to a local hospital for treatment. They provided no other information.

Felton was on the 18th hole when he went down. He was helped to his feet, placed on a stretcher and driven away in a golf cart. He turned 34 on Wednesday.

Felton was representing Europe in the celebrity match, which is held the day before the United States and Europe start the Ryder Cup.

He has appeared in a number of movies, most notably eight films in the “Harry Potter” series.