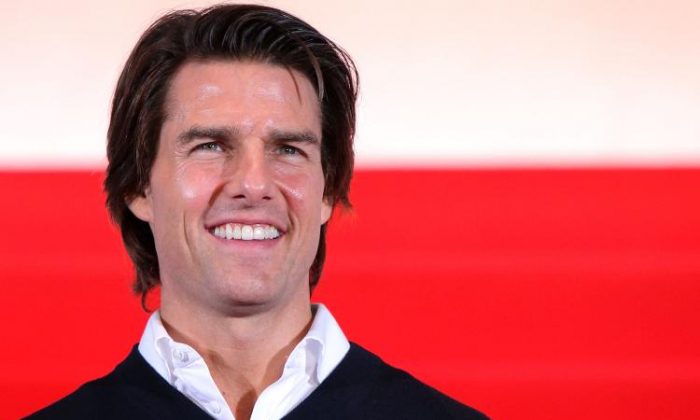 NASA announced Tuesday that the space agency is working with actor Tom Cruise to make the first feature film to be shot in outer space.

Cruise, 57, will launch into space where he will film and stay aboard the International Space Station (ISS) during production, a NASA spokesperson told CNN Business.

“NASA is excited to work with @TomCruise on a film aboard the @Space_Station!” NASA administrator Jim Bridenstine wrote on Twitter. “We need popular media to inspire a new generation of engineers and scientists to make @NASA’s ambitious plans a reality.”

Bridenstine gave no details but the tweet followed a report in Hollywood trade outlet Deadline that Cruise was working with Tesla and SpaceX entrepreneur Elon Musk to make the film. The proposed action adventure is in its early stages, Deadline reported on Monday.

“Should be a lot of fun!” Musk said in a tweet addressed to Bridenstine hours later.

Since 2000, rotating crews of astronauts have been living aboard the ISS, and it has also been visited by some high-paying tourists. Cruise, however, is set to become the first actor to fly into outer space.

NASA is excited to work with @TomCruise on a film aboard the @Space_Station! We need popular media to inspire a new generation of engineers and scientists to make @NASA’s ambitious plans a reality. pic.twitter.com/CaPwfXtfUv

Russia is currently the only country able to send people to the ISS, however SpaceX and Boeing have been working for years to make the United States capable of the feat. On May 27, SpaceX’s spacecraft, Crew Dragon, is expected to complete its first astronaut mission to the station in almost a decade.

Astronauts have not launched into orbit from the United States since NASA’s space shuttle program was retired in 2011. Since then, the United States has been paying Russia to carry astronauts to the space station, while private companies such as SpaceX have been developing space travel and related technologies.

Musk’s SpaceX in 2012 became the first private company to transport cargo to the space station. At the time, SpaceX said it could transport an astronaut to the Space Station for $20 million compared to $70 million for a trip on Russia’s Soyuz spacecraft, The Guardian reported.

Only Russia, followed by the United States, then China, have launched humans into orbit since 1961. The latest mission, should it all go to plan, would make SpaceX, which was founded 18 years ago, the first private company to do so.

The mission will be the final test flight for the Crew Dragon before NASA certifies the craft for the agency’s Commercial Crew Program, a public-private initiative for regular manned flights to the space station.

Cruise is renowned for his daredevil films and for doing his own stunts. He flew fighter jets for the upcoming “Top Gun: Maverick,” hung off the side of a plane as it took off in “Mission: Impossible Rogue Nation” in 2015, and climbed the Burj Khalifa skyscraper in Dubai—the tallest building in the world—for “Mission: Impossible Ghost Protocol.”

Filming on “Mission: Impossible 7” was put on hold in February as the CCP (Chinese Communist Party) virus epidemic took off in Italy. The disease later led to a worldwide shutdown of Hollywood movie and TV production and the closure of movie theaters.