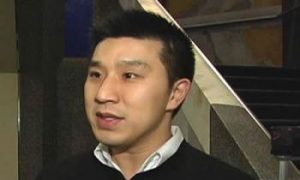 Nets Give Cavs Challenge in Cleveland
0 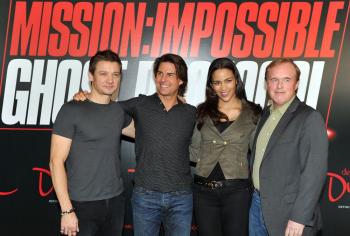 By Alex Johnston
Print
Tom Cruise dangled from the tallest building in the world in Dubai, performing his own stunt in upcoming Mission: Impossible 4, according to the Daily Mail.

The 48-year-old star hung near the top of the Burj Kahlifa skyscraper this week, the news report said.

Photos published in the UK tabloid showed Cruise hanging off of the 124th floor as people watched below.

Cruise ran across windows on the skyscraper as a helicopter hovered nearby and film crews watched from an open window above him.

Cruise is known for performing all of his own stunts in his movies.

"I want to entertain the audience and part of making these movies is doing my own stunts,” he told the Daily Record several months ago.

“I love having the camera right there in front of me, where you can see me holding a shot all the way through.”

In the latest Mission: Impossible film, Cruise is reprising his role as Ethan Hunt. The film is slated for theatrical release next year.