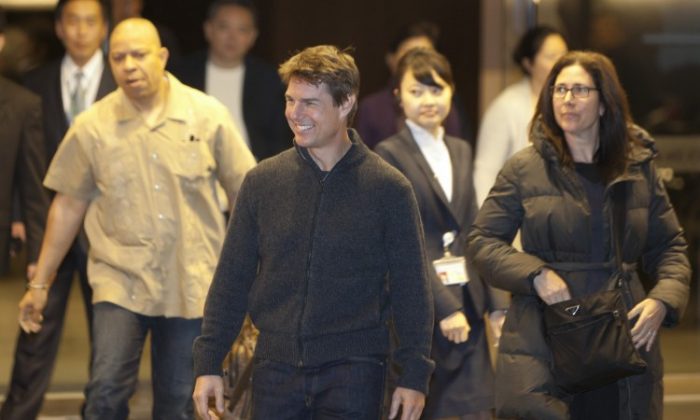 The Sun, a British tabloid, reported that Cruise, who was in Moscow during the premiere of his latest film “Oblivion,” said he would be open to a $200,000 trip to space, and would like to meet potentially alien beings.

“Who wouldn’t want to do something like that?” Cruise said. In “Oblivion,” Cruise plays one of the last people on Earth after an alien battle in 2073.

“I don’t think you can actually count it out,” he said on whether extraterrestrial beings exist. “It might be a little arrogant to think we were the only ones in all the galaxies throughout the universe — but I’ve never met one.”

“Two and a Half Men” star Ashton Kutcher has already forked over the $200,000 to Virgin Galactic for the space trip.

“I’m going to let a couple of other people test it out first but it would be great. I was always hoping when I was a kid that we would be travelling to different planets by now,” Cruise told the Sun.

“Virgin Galactic is dedicated to dramatically reducing the price of getting to space. Already, we’ve built a new generation of reusable spacecraft designed to carry astronauts on suborbital flights; we’re very proud that more than 500 of them have already paid deposits on the experience of a lifetime,” reads a statement on Virgin’s website.