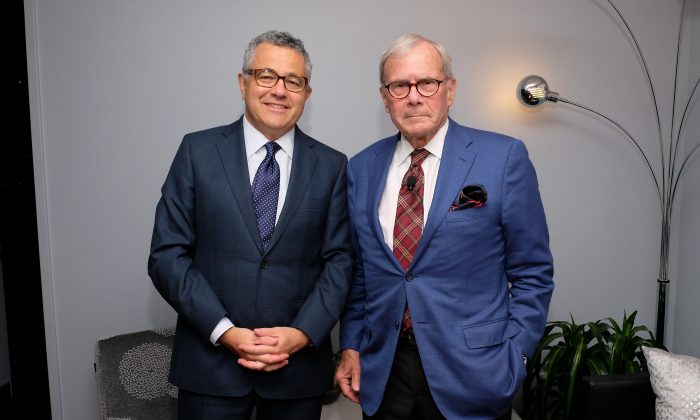 Tom Brokaw to Democratic Party: ‘Rage Is Not a Policy’

Amid violent protests at UC Berkeley, the 77-year-old said that “rage is not a policy.” Brokaw noted: “You’ve got to figure out what you want to do.”

“For example, there is going to be a big pushback about Judge Gorsuch on the part of the Democrats, they’re going to make that one of their testing places for them,” he said.

Gorsuch, he added, “has a very distinguished background in the judicial world.”

.@tombrokaw: The Democrats have a lot of reconstruction to do of their own party https://t.co/tOfzqyYzds

“I have friends in the federal judiciary who don’t agree with his philosophy but say there is not a better judge in the federal circuit right now than him, so why pick that as a fight?” Brokaw said on the program. “Because who are you going to get next?”

He said the Democrats, meanwhile, need to reevaluate its own strategy—rather than simply opposing anything coming out of the Trump administration.

“The other thing is the Democrats have a lot of reconstruction to do of their own party, and that is what they ought to be thinking about, and that is where they should be beginning. They should be out in the middle of America saying ‘what do we need to know from you?’ rather than sitting in Washington reelecting Nancy Pelosi after they lost the House three different times,” he said.