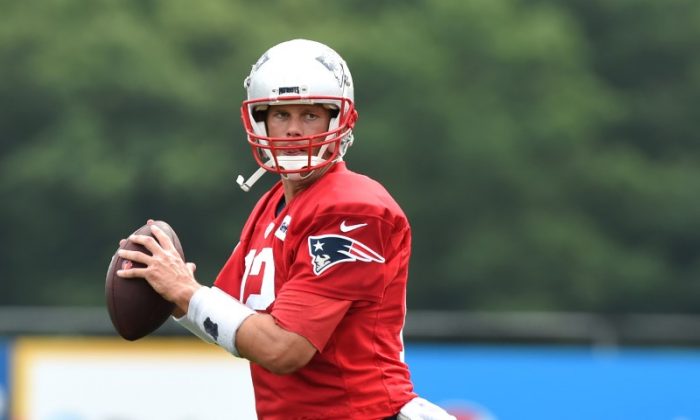 New England Patriots quarterback Tom Brady is back in minicamp and preparing for the upcoming NFL season. His latest social media posts, however, are leaving some fans to speculate this season could be his last.

Brady quoted the JAY-Z song, “My 1st Song,” in his tweet.

Brady will turn 42 years old in August. After being drafted by New England in 2000, he has already played 19 seasons with the Patriots.

During the 2018-19 season, Brady led the Patriots to claim their 6th championship as the oldest starting quarterback to win a Super Bowl, surpassing Peyton Manning, who was 39 when he won Super Bowl 50.

But now, some fans are stressed out at the notion of Brady considering retirement.

“Please don’t use words like ‘last’ when referring to your career, thanks,” said another.

Does this mean you’re retiring?

“Tom this better just be a quote and not mean anything,” said yet another.

As a matter of fact, in his first-ever tweet, the longtime Patriots quarterback trolled fans with a April Fool’s joke about retirement. Some fans believed it was just another light-hearted joke and Brady wasn’t hinting at retirement at all.

I’m retiring. In my spare time, I’ll be tweeting #LFG

“Everybody freaking out about last. He’s just staying hungry. Which is exactly what I want out of my almost 42-year-old QB,” wrote one person.

“The longer Tom Brady plays and the more he succeeds, the more I want to see him succeed…honestly can’t explain it, maybe just a respect thing,” said another.

The longer Tom Brady plays and the more he succeeds, the more I want to see him succeed…honestly can’t explain it, maybe just a respect thing ????????‍♂️

Brady has regularly been asked about when he will retire in recent years but has said he’d like to keep playing until he’s 45.

When asked during an interview with ESPN in early February if the Super Bowl would be his last game, Brady said, “Zero.”

“I feel like I’m asked that a lot and I feel like I repeat the same answer, but no one wants to believe me,” said Brady.

Teammates at minicamp this week said that they were impressed with what they saw from Brady.

“Man, he’s still at the top of his game. It’s a credit to him, his hard work. We all knew that 10 years ago when I was here. He hasn’t changed. He still has the same energy. Guys still look up to him and follow his lead,” Benjamin Watson told the Boston Herald.

“Brady, in fact, was one of the better Patriots during the two-hour session. He threw the ball crisply and effectively most of the day. Participating in his 20th camp, he looked like he usually does: ahead of the class,” the Herald reported.

Maurice Harris, a free agent signing, said he’d been to Brady’s house recently to work out with him.

“I’m going to enjoy the process of getting better with (Brady) every day. I think the reps we all take as a team is going to help us,” Harris said following the workout. “It was nice meeting him. He’s a great guy. I look forward to continue working with him.”