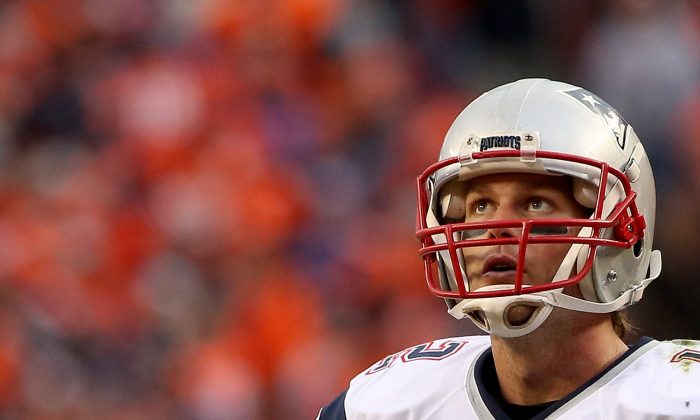 Tom Brady Cuts Off Interview Over Comment About His Daughter

New England Patriots quarterback Tom Brady ended an interview with a WEEI reporter after one of the station’s hosts referred to his daughter as an “annoying little pissant.”

On Monday, Brady, 40, told WEEI: “It was very disappointing to hear that. My daughter or any child certainly does not deserve that.”

Brady then ended the interview.

According to WEEI, host Alex Reimer has been suspended indefinitely for his comment about Tom Brady's young daughter. https://t.co/Tn1EBbQAp6 pic.twitter.com/dQFIZOC2AR

WEEI’s Alex Reimer made the comment about his daughter on another show, referring to Brady’s daughter, Vivian, in a cameo on Brady’s Facebook documentary series, “Tom Vs. Time.”

“I thought the first scene was so staged, where Brady is in the kitchen, his kid is being an annoying little pissant,” he said of the show.

Reimer was suspended and was sent home from Minnesota where Super Bowl 52 will be held, according to the Daily Mail.

I’ve tried to come on this show for many years and showed you guys a lot of respect,” Brady said on the show, ESPN reported. “I’ve always tried and come on and do a good job for you guys. It’s very disappointing when you hear [the comments about my daughter], certainly. My daughter, or any child, certainly don’t deserve that.”

“I really don’t have much to say this morning,” he said. “Maybe I’ll speak with you guys some other time,’ he said, before ending the interview.”