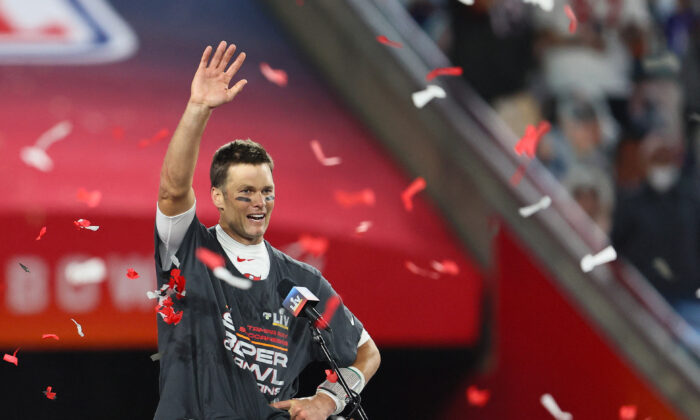 Tom Brady, arguably the greatest NFL quarterback, confirmed his retirement from the NFL after 22 seasons, ending a career spanning several decades and one that saw him acquire seven Super Bowl championships.

Earlier this week, there were speculation and conflicting reports that Brady, 44, was retiring after his team, the Tampa Bay Buccaneers was knocked out of the playoffs earlier in January.

But Brady put an end to the rumors on Tuesday morning in a lengthy statement posted to his social media accounts.

“This is difficult for me to write, but here it goes: I am not going to make that competitive commitment anymore,” he wrote. “I have loved my NFL career, and now it is time to focus my time and energy on other things that require my attention.”

“I have done a lot of reflecting the past week and have asked myself difficult questions,” his statement also said. “And I am so proud of what we have achieved. My teammates, coaches, fellow competitors, and fans deserve 100% of me, but right now, it’s best I leave the field of play to the next generation of dedicated and committed athletes.”

A seven-time Super Bowl champion with the New England Patriots and Buccaneers—and the NFL’s career leader in numerous passing categories—Brady is under contract for 2022, but he has cited a desire to spend more time with his wife, supermodel Gisele Bundchen, and their three children.

“To my Bucs teammates the past two years, I love you guys, and I have loved going to battle with you,” Brady wrote in his post. “You have dug so deep to challenge yourself, and it inspired me to wake up every day and give you my best. I am always here for you guys and want to see you continue to push yourselves to be your best. I couldn’t be happier with what we accomplished together.”

Describing his lengthy career as a “thrilling ride,” Brady ended his post by saying that “I feel like the luckiest person in the world” and adding he will take his future “day by day.”

“I know for sure I want to spend a lot of time giving to others and trying to enrich other people’s lives, just as so many have done for me,” Brady continued to say.

In his retirement post, Brady didn’t make mention of the New England Patriots, a team he led to six Super Bowls, owner Robert Kraft, or his longtime former coach, Bill Belichick. Brady instead thanked the Buccaneers organization, coach Bruce Arians, and the Glazer family, who own the Buccaneers.

During the 2021–2022 season, Brady led the NFL in yards passing with 5,316, touchdowns with 43, completions with 485, and attempts with 719. However, the Buccaneers lost at home to the Los Angeles Rams during the divisional round of the playoffs. Last season, Brady led Tampa Bay to their second Super Bowl title in franchise history, defeating the Kansas City Chiefs.

Brady would leave the sport as the career leader in yards passing with 84,520 and touchdowns with 624. He’s the only player to win more than five Super Bowls and was the Most Valuable Player, or MVP, of the game five times.

Widely considered the greatest quarterback of all time, Brady has won three NFL MVP awards, was a first-team All-Pro three times, and was selected to the Pro Bowl 15 times. He is 243-73 in his career in the regular season and 35-12 in the playoffs.

Brady’s start in the league was unremarkable, however. He was selected in the sixth round of the 2000 NFL draft and served as a backup to then-Patriots starter Drew Bledsoe, who went down with an injury in 2001.

But Brady obtained his fourth ring when New England held off the Seattle Seahawks on a last-minute interception of Seahawks quarterback Russell Wilson at the goal line during the 2014 season. In the 2016 season, Brady led his team to an improbable win over the Atlanta Falcons after his team was down 28–3 in the third quarter.

In 2018, the Patriots and Brady nabbed another Super Bowl ring when New England defeated the Rams following the 2018 season. He joined the Buccaneers during the 2020 season, winning another championship.