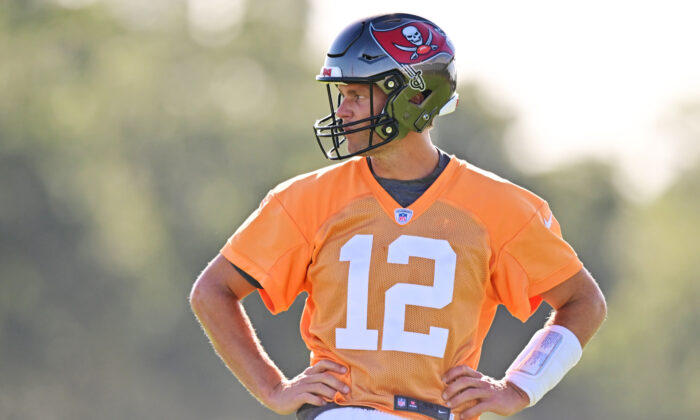 Tom Brady Away From Bucs Until Aug. 20

Tampa Bay quarterback Tom Brady was excused from Thursday’s practice and will be away from the team through Aug. 20 for personal reasons, Bucs head coach Todd Bowles said Thursday.

Bowles did not divulge details.

“It’s a personal issue. That’s all I can tell you,” Bowles said.

Brady will return to the team sometime after the Bucs’ second preseason game against the Tennessee Titans on Aug. 20.

Bowles said Brady’s absence was discussed and approved by the team before training camp began.

“We allotted this time because he wanted to get chemistry with the guys in those first two weeks of training camp,” Bowles said. “It’s something he needs to handle. We trust him. We talked about it. It was scheduled way before training camp that he will not be here until after Tennessee.”

Brady, who took a veteran day last week to celebrate his 45th birthday and also was excused last Friday, has participated in just three of the team’s past six practices.

Brady retired in February but then changed his mind in March and returned to the Bucs.

Bowles said his confidence level is “pretty high” that Brady will be Tampa Bay’s starting quarterback in the season-opener on the road against the Dallas Cowboys on Sept. 11.