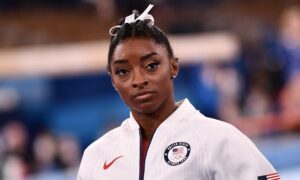 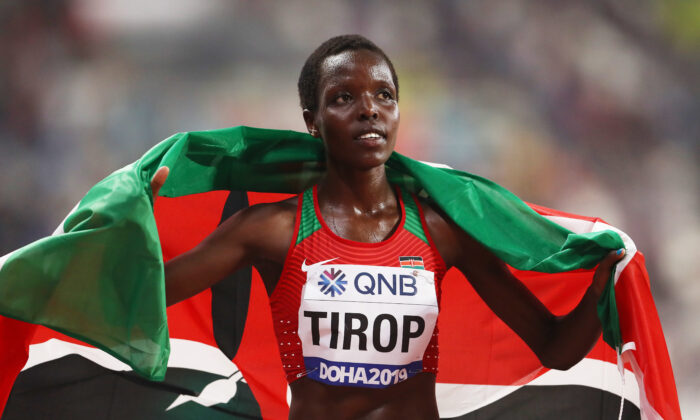 A Kenyan professional long-distance runner who competed in the Tokyo Olympics this year was found stabbed to death at her home, the governing body for the sport of athletics in the East African country announced on Wednesday.

Agnes Tirop, a 25-year-old two-time World Championship bronze medallist, was found dead at her Iten home in Elgeyo Marakwet County on Oct. 13, Athletics Kenya said in a statement. According to local reports, she was stabbed in the abdomen.

“Tirop was found dead at their home in Iten after she was allegedly stabbed by her husband,” the organization said. “We pray that God may grant strength to family and friends at this difficult time.”

“Kenya has lost a jewel who was one of the fastest-rising athletics giants on the international stage, thanks to her eye-catching performances on the track,” it added.

Kenyan authorities have launched a criminal investigation into her death, with police saying her husband has gone missing. Athletics Kenya said the organization is “working to unearth more details surrounding her demise.”

Last month, Tirop smashed the women-only 10,000-meter world record in Germany, crossing the line in 30:01 to shave 28 seconds from the previous record held by Morocco’s Asmae Leghzaoui from 2002.

The Olympic runner also won bronze medals at the 2017 and 2019 World Championships in the 10,000-meter event and won gold at the 2015 World Cross Country Championships at the age of 19.

During the Olympic Games in Tokyo two months ago, she advanced to the final of the women’s 5,000-meter race, where she finished in fourth place.

Kenya President Uhuru Kenyatta issued a lengthy message of condolence and comfort to Tirop’s family, friends, and athletics fraternity on Oct. 13, while also directing the police to hasten the search and apprehension of the athlete’s killers.

“It is unsettling, utterly unfortunate and very sad that we’ve lost a young and promising athlete who, at a young age of 25 years, she had brought our country so much glory through her exploits on the global athletics stage including in this year’s 2020 Tokyo Olympics where she was part of the Kenyan team in Japan,” Kenyatta eulogized.

“It is even more painful that Agnes, a Kenyan hero by all measures, painfully lost her young life through a criminal act perpetuated by selfish and cowardly people,” he added.

“I urge our law enforcement agencies led by the National Police Service to track down and apprehend the criminals responsible for the killing of Agnes so that they can face the full force of the law,” directed the president, who is currently out of the country to meet with President Joe Biden in Washington on Thursday.

The meeting at the White House will mark Biden’s first as president with an African leader.