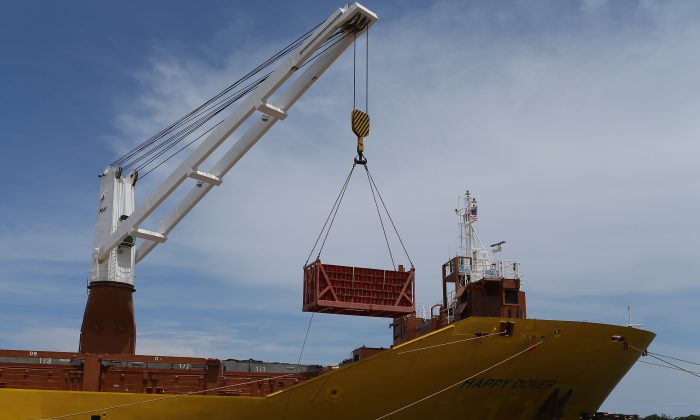 Today’s GDP: The Good, the Bad, and the Ugly

In today’s business world, acronyms are used so often that people sometimes forget the words behind them. And no other three letters carry more weight than the big three in GDP.

Well maybe there is the Fed, which also came out with a statement today. But strictly speaking, Fed is not an acronym and the decision to taper another $10 billion was more of a nonevent.

So let’s focus on Gross Domestic Product because that’s what the three letters in GDP stand for. Despite its flaws, it is the most widely used estimation of economic activity, which creates wealth and jobs.

On the surface, a 4 percent annualized change in domestic U.S. production of goods and services in the second quarter of 2014 is good news. It’s a healthy rebound from the negative 2.9 percent in the first quarter, which was hampered by cold winter weather.

It doesn’t mean the economy grew 4 percent in the second quarter alone though. It means that if the same rate of growth occurred over a whole year, it would amount to 4 percent, hence the term annualized.

Also, the reason why people cheer on GDP is because if you make stuff you get compensated for it. So if the nation produces more, it gets more income.

Personal income went up $208 billion or 6.2 percent as compensation to employees rose by $135 billion to $9.2 trillion. However, owners of stocks enjoyed the biggest relative increase (18 percent) as dividends paid rose to $854 billion.

Unfortunately, a happy President Obama and many commentators overlooked some important factors that make this GDP report a bit less appealing.

Inventories contributed 1.66 percent to the 4 percent growth. This means businesses produced $93.4 billion worth of goods but did not sell them. Because it is production, it gets added on to GDP, but is often a warning sign.

Before businesses produce more inventory, they have to sell their existing stock. The same thing happened in the fourth quarter of 2013, when inventories rose by $81.8 billion only to then plummet to $35.2 billion in the first quarter of 2014. Yes, the weather was a factor then, but the current stock still needs to be sold and will be a drag on growth in the future.

In fact, over half of the cumulative growth in GDP over the last 12 months is due to the accumulation of inventory.

The biggest problem with advance GDP figures, however, is that they are extremely unreliable. “The Bureau emphasized that the second-quarter advance estimate released today is based on source data that are incomplete or subject to further revision by the source agency,” states the Bureau of Economic Analysis or BEA, which curates the data.

In the first quarter for example, the advance estimate indicated 0.1 percent growth, whereas the final calculation showed a 2.9 percent decline.

John Williams of Shadowstats is even less sanguine when it comes to early GDP figures: “Due to a lack of good-quality hard data, the ‘advance’ GDP report is little more than a guesstimate,” he writes.

The good news: The BEA can also err on the downside, which means final growth for the second quarter could even be better than 4 percent.