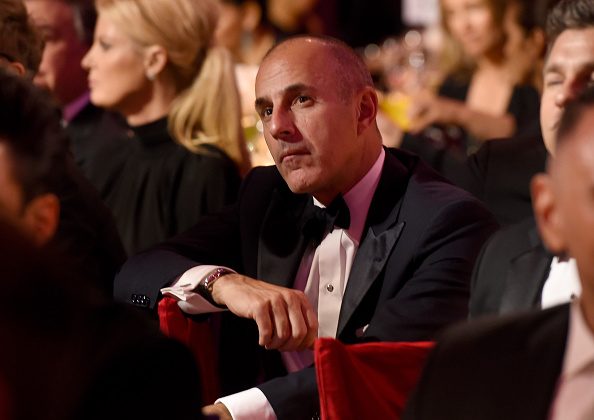 After NBC and Today Show executive Jamie Horowitz was fired, there’s been reports that anchor Matt Lauer orchestrated the move.

Horowitz, a former ESPN executive set to make $3.3 million, wanted to dramatically redo the Today Show amid falling ratings. He wanted to drop co-anchor Savannah Guthrie and reassign news reporter Natalie Morales and weatherman Al Roker to do other jobs on the show, according to the Hollywood Reporter.

The Reporter adds that co-anchor Hoda Kotb would have different hours and Josh Elliott would have a bigger role.

After that, Horowitz was let go from his position. He was released from his job before his official start date of Dec. 1.

The New York Post also reported that Lauer was behind the ousting. A source with NBC told the paper: “Savannah, Natalie and Willie Geist heard about the plan and talked to Matt, who went to Turness and told her, ‘I want to keep these people,’ so she fired Jamie. Once again, Matt Lauer calls the shots at ‘Today.’ The idea of bringing Jamie in was to bring change to the show to help beat ‘GMA,’ but how can you fix it if nobody can make any changes?”

The Post also reported that Kotb would be moved up to replace Guthrie.

NBC News President Deborah Turness held a meeting, per the Post, with Today Show staff to talk about Horowitz’s firing.

Staff asked about it, and she allegedly replied: “We have the best anchor team and the best show in morning television, and we are solely focused on the future.”

According to the Hollywood Reporter, Today Show veterans believed that Horowitz was using the New York Post to distribute rumors about Morales being fired. The Post also reported on a tidbit saying that Horowitz was being considered as a replacement for Turness.

“This is all inside baseball, and it has no impact on the success or failure of the show itself,” media analyst Andrew Tyndall told the Reporter. “People leak things to Page Six in order to pursue internal vendettas. It’s just office politics played out in public.”