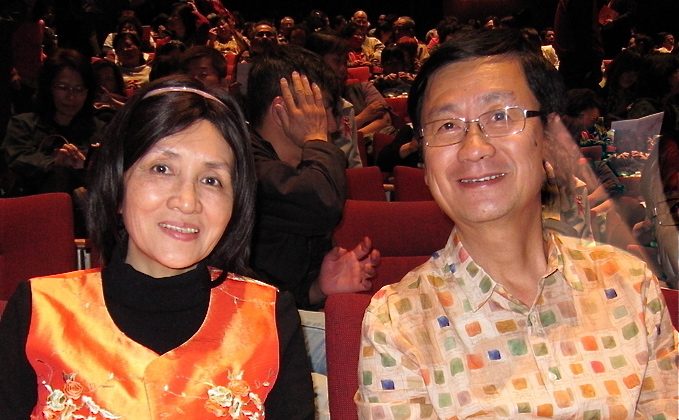 Ms. Huang, who was seeing Shen Yun for the first time, said she was attracted to the show as soon as she saw a flyer and she bought tickets for herself and her husband straight away. She said that when the curtain opened, she gasped at the vast spectacle, including the colorful costumes and the perfect synchronization between the stage and the backdrops. “As I watched it for the first time, I was so overwhelmed that my tears almost welled up. It’s very wonderful and well worth our attendance!”

Inspired by the 5,000-year Chinese civilization, each Shen Yun program is full of cultural connotations. Ms. Huang noted that there was a specific theme for each program, and there was a tremendous momentum created by the artists. In addition, there was great attention to every detail of the performance.

“The piece Joyful Little Monks for instance, fully demonstrated the innocence and mischievousness of the little monks, which was really touching and made me laugh. It is indeed a marvelous performance, and the arrangement was really very wonderful,” she said.

Ms. Huang was also in awe of Shen Yun’s unique high-tech dynamic backdrops. “The backdrops were perfectly synchronized with the dance artists. For example, as soon as the animated Huaguoshan Monkey King jumped down from the scene above, to my surprise, the Monkey King performer suddenly came out on the stage. Such a seamless coordination must be difficult to achieve,” she said.

Marveling at Shen Yun’s unique bright and colorful costumes, Ms. Huang said, “It’s wonderful in the harmonization of colors. … The costumes of Dance of the Qiang People were also very notable. In addition, the prop used in Lotus Leaves was just a fan originally, but it turned out to be lotus leaves, which really broadened my horizons.”

Ms. Huang said that she was also deeply touched by the lyrics of the songs. She explained, “The songs sung by the solo vocalists were very enlightening. Take “What Is the Meaning of Life?” for instance, when seeing the lyrics we can think of their meanings.”

In conclusion, Ms. Huang praised Shen Yun again, saying that every program and dance was really exquisite. “Wow! We couldn’t help admiring them.”