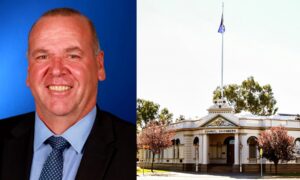 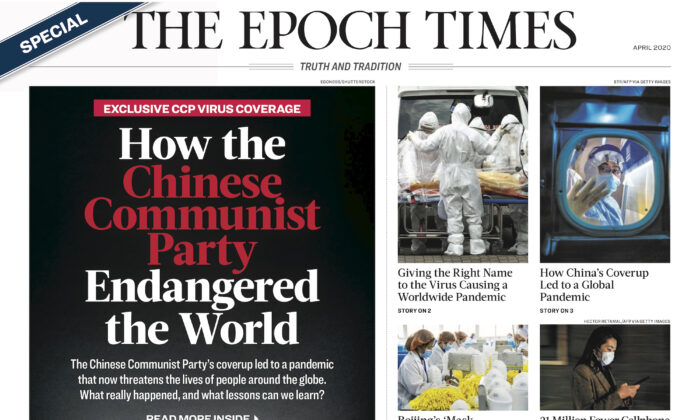 To Our Australian Readers: About Recent Media Reporting on The Epoch Times

In the last week, several media have written about The Epoch Times, and the special edition we published featuring exclusive coverage of the Wuhan coronavirus pandemic—which we call the (Chinese Communist Party) CCP virus.

First was 7News website on April 16, followed by the Daily Advertiser, then 9News website, and the Daily Mail.

We think this is a good opportunity to properly introduce ourselves to new readers, and to Australia as a whole.

What Is The Epoch Times

The Epoch Times is an independent global media that takes the principles of Truth and Tradition as our guiding light.

We are nonpartisan and do not endorse political candidates or parties. As such we are not endorsing Wagga Wagga Council Member Paul Funnell, as Daily Advertiser implied. We are not interested in playing politics.

With that in mind, let’s set the record straight about our reporting on Funnell’s motion for Wagga Wagga to cut ties with its Chinese sister city over the CCP virus—reporting that was misconstrued in some of those recent reports.

The Reality of the Chinese Communist Party

The Epoch Times was founded in the United States in 2000 to bring honest and uncensored news to people oppressed by the lies and violence in communist China. The editorial staff we had in China were all arrested and given jail terms of up to 10 years. Today we are headquartered in New York, and operate in other free countries around the world.

We have been exposing the atrocities committed by the CCP for 20 years.This pandemic is helping Australians realise the extent of the CCP’s corruption and gross malfeasance. Those who are awakening to this threat include public officials at all levels of government, and in a growing number of countries.

Australia is appropriately calling for an “independent international” investigation into China’s handling of the pandemic.

Multiple Australian media have been over the past year exposing the staggering levels of influence the CCP has here, and the pressure it exerts on public officials, corporations, universities, and others. This is a regime that kills its own people for organs on an industrial scale, as the China Tribunal in London recently concluded.

In this context, we’d argue it’s hard to challenge Council Member Funnell’s actions as not being “courageous.”

Issues with the Daily Advertiser Piece

We published a special edition, “How the Chinese Communist Party Endangered the World,” to give Australians information they need, in real-time—even as the CCP attempts to rewrite history in real-time.

The facts are that the CCP didn’t share evidence of human-to-human transmission, they arrested doctors who tried to warn their friends, they’ve consistently lied about the number of deaths, and they are pushing propaganda narratives that the virus didn’t originate in China.

Their goal is to obscure the truth—that they allowed the virus to spread across the world.

It is the duty of a free press to expose this. We hope every Australian can read about this for themselves.

To note, we first printed the special edition in March and have been distributing it across the country ever since, including in Wagga Wagga. The timing has no connection to Funnell’s motion in council, contrary to what the Daily Advertiser implied. If our reporting in any way helps Wagga Wagga’s council reach informed decisions, we are gratified.

For 20 years, the CCP has brutally persecuted Falun Gong practitioners. We see the remarkable and heroic ways in which Falun Gong followers have responded to that persecution—while living by their principles of truthfulness, compassion, and tolerance—as one of the most underreported stories of the last 20 years.

We also report on the CCP’s many other human rights violations—those against lawyers, pro-democracy advocates, and religious believers, like Christians, Tibetans, and Uyghurs.

The CCP has sought to silence The Epoch Times from the start. For Australian media to cast aspersions about the religious beliefs of a company’s staff, borders on religious discrimination—it also repeats a common CCP propaganda talking point used to try to discredit our efforts.

The Epoch Times is a proudly independent global media company headquartered in New York, with a bureau in Australia.

We print a weekly newspaper in Australia (subscribers can receive a print copy in the post) and in Canada, and daily in New York and Washington, D.C.

We still believe journalism is a noble vocation, but only when it genuinely seeks to serve its communities and help them to flourish. In all that we do, we will hold ourselves to the highest standards of integrity. This is our promise to you.