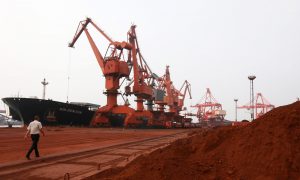 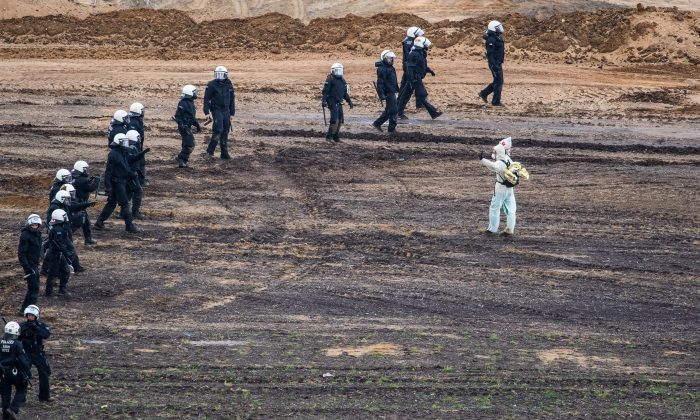 You Need to Take Risks to Innovate: Risk in Modern America, Part 4

For many, perhaps most, of the people who believe that climate change is an immediate threat to the safety of planet Earth and its inhabitants, technology is the answer.

Their belief in mankind’s ability to solve any problem, as long as we have the will to do so, recalls the best of those qualities that Americans have traditionally been so proud of throughout our history: the dogged, almost childlike, faith in our ability to innovate and adapt.

Indeed, the foundation of the “Green New Deal” relies on technologies that either: 1) don’t exist, 2) are nowhere near sufficiently reliable to power a nation, 3) defy at least one of the laws of thermodynamics, or 4) some combination thereof.

Yet, history tells that we are capable of remarkable accomplishments. The advances in our ability to process and transmit information over the space of a few short decades have been mind-blowing.

We carry around electronic devices with more computing power than the rockets that carried astronauts to and from the moon 50 years ago. Automation continues to sweep through industry, enabling us to produce more products, more efficiently, making them available to more people at less cost than ever.

In a world full of such miracles, many ask why we shouldn’t be able to free ourselves from the tyranny of carbon.

Not only do they want their technological cake and to eat it, too, they also insist that we don’t lay a finger on our own larder when we bake it. Their reasoning, such as it is, brings us full circle back to that nebulous, misunderstood, and a so-often exploited concept called risk.

The technologies that enable us to invent amazing new gadgets, along with the technologies that make U.S. weapons systems the most advanced and effective in the world, depend on the use of exotic elements generically known as rare earth elements, or “REES.”

These are elements with unfamiliar names such as rhenium, yttrium, iridium, and a host of others that appear in the earth’s crust in trace amounts, but whose unique properties make them invaluable, and usually irreplaceable, in modern technology.

Author and Silicon Valley veteran Ann Bridges has been one of the leading voices in the wilderness warning the United States about our increasing REES vulnerability. In addition to her own work, Bridges has gathered together a number of independent sources of data that speak to the issue.

Among the alarming figures is that the People’s Republic of China produces about 90 percent of the world’s supply of REES, and that the United States is wholly reliant on imports for 19 key strategic minerals.

How did we arrive at such a precarious position? It’s not for want of supply. Attractive, accessible deposits of REES exist within the vastness that is the United States. We have the ability to locate, extract, and refine those ores, and we can do so more efficiently, more safely, and with less environmental impact than just about every other nation on earth.

“Less” still implies some degree of risk, no matter how residual, and any degree of environmental risk is unacceptable to the vocal, hard-core individuals and organizations that have been so disturbingly successful at castrating the REES mining industry in the United States.

Geologist Dr. Ned Mamula details the sad story in his recently released book “Groundbreaking!” (co-written with Bridges). According to Mamula, “America could be held hostage over critical minerals used in all advanced technologies due to the decades-long shunning of domestic mining.”

It’s a scary prospect, one that grows more frightening as our trade war with China intensifies.

Hard-line environmentalists use all the usual tools to inflate and distort risk in their war against mining: hyperbole, failure to contextualize, selective use of facts, etc. Just as some businesses use those proven techniques to scare consumers into buying their products in the name of risk mitigation, so, too, do environmental activists utilize fear to convince a public that doesn’t know any better, and politicians who ought to, to block REES and other mineral mining in the United States.

By way of example, Mamula points to the proposed Pebble Mine project in Alaska, where large deposits of copper, gold, and trace minerals are known to be present. Not only have environmental groups successfully utilized the United States’ clunky, time-consuming environmental approval processes to block construction of Pebble Mine, but they are urging the Environmental Protection Agency to ignore the National Environmental Policy Act (NEPA) to block mining projects without review.

This proposed circumvention of NEPA, an act that has been in force for almost 50 years, would be both unprecedented and dangerous.

“Current law requires an environmental impact statement which is an extensive assessment of the mine’s potential impact weighed against mitigating safeguards. But anti-mining activists are pushing for a switch to ‘cumulative effects assessments,’ which would take into account past, present, and future actions in the project vicinity. Under such an approach, a mine could be vetoed because other proposed mines in the region could at some point in the future collectively contribute to deleterious environmental effects. Even the most meticulously engineered mine plan can be undone by a parade of hypothetical horribles.”

This sort of misguided thinking about risks and rewards is all too common in the environmental field. It’s an especially dangerous form of ignorance, one that threatens to turn the United States from a nation that has set the world standard for productivity and innovation into a country cowering in the corner, terrified by our own shadow.