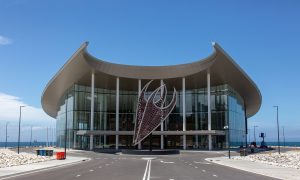 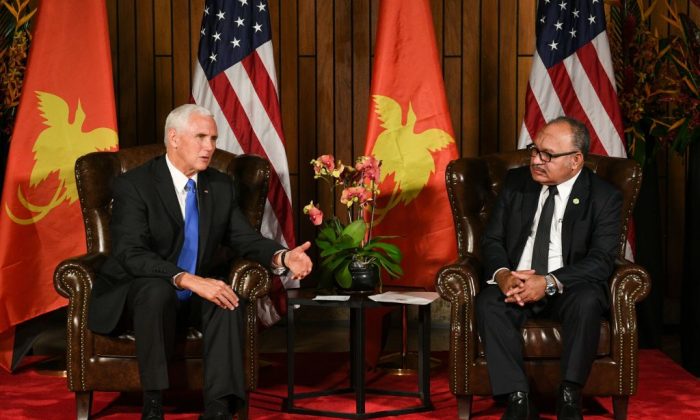 Australia, Japan, and the United States have teamed up to finance a liquefied natural gas project in Papua New Guinea, as part of a trilateral initiative in the Indo-Pacific region announced in 2018.

The initiative is widely viewed as the United States’ effort to challenge China’s influence in the region through the latter’s foreign policy of “One Belt, One Road.” Adopted in 2013, the strategy seeks to build Beijing’s geopolitical influence through financing infrastructure projects in more than 60 countries.

The three Indo-Pacific allies will lend more than $1 billion for a liquefied natural gas project in the Pacific island nation located just north of Australia, according to a June 25 report by Japanese media Nikkei. Plans for the gas project will be finalized over the next two to three years.

OPIC is the primary financial institution for the U.S. government to assist U.S. firms investing in developing and emerging markets. Meanwhile, the EFIC provides financial support to Australian companies for overseas infrastructure development, particularly in the Indo-Pacific region.

The three banks issued a joint statement on June 25 at the conclusion of their meeting in Tokyo.

The statement didn’t mention the gas project in Papua New Guinea. However, it said that partners took a joint mission in April to the island nation, when they identified several prospective projects, and looked to advance them in cooperation with the island’s government and the local private sector.

The gas project is the first expenditure in the Trilateral Infrastructure Partnership, according to Nikkei. The cooperation was agreed to by leaders representing the OPIC, JBIC, and the Australian government in Japan in November 2018.

“The U.S. government is committed to promoting a free and open Indo-Pacific through investments in projects that adhere to high standards and provide lasting economic benefits,” said OPIC President and CEO Ray Washburne, according to an OPIC statement released at the time.

U.S. President Donald Trump spoke of the U.S. Indo-Pacific strategy as one that seeks to keep the region free and open, with “robust trade relationships rooted in the principles of fairness and reciprocity,” during the APEC Summit in Vietnam in November 2017.

In July 2018, U.S. Secretary of State Mike Pompeo echoed those calls at the Indo-Pacific Business Forum in Washington. “We will help them [countries in Indo-Pacific] keep their people free from coercion or great power domination,” Pompeo said.

At the time, Pompeo also announced a U.S. funding of $113 million for energy, technology, and infrastructure projects in the Indo-Pacific region.

While they didn’t directly reference China’s One Belt, One Road (OBOR) initiative at the time, U.S. officials and critical voices in OBOR countries have called Beijing’s investments a “debt trap.” For instance, Sri Lanka handed control of its main southern port located in Hambantota to China in December 2017, after failing to pay back $6 billion in loans and converting the debt into equity. The port was an OBOR project.

“We don’t drown our partners in a sea of debt. We don’t coerce or compromise your independence. The United States deals openly, fairly. We do not offer a constricting belt or a one-way road,” U.S. Vice President Mike Pence said at the 2018 APEC Summit in Papua New Guinea, in an indirect reference to OBOR.

The OPIC also plans to expand its financing portfolio to $60 billion from $29.5 billion, after it is consolidated into a new executive agency that the U.S. government plans to set up to push back against China’s investments, called the U.S. International Development Finance Corp.

According to Nikkei, Washington plans to set up the new agency as early as October.

Canberra also has plans to expand EFIC’s current funding to 2 billion Australian dollars (about $1.4 billion) from AU$1 billion, after it establishes an initiative in July to counter China’s OBOR ambitions, called the Australian Infrastructure Financing Facility for the Pacific, according to the Australian government website.

Huawei said in 2016 that it would build a 5,457-kilometer (3,390 miles) network of submarine internet cables linking 14 coastal towns in the island chain, according to Reuters.

Nikkei reported that Australia, which is building a naval base in Papua New Guinea with help from the U.S. government in an effort to protect their joint interests from China, expressed worry that military intelligence could be compromised by Huawei’s networks.

In addition, the state-run China Railway Group has constructed 17 infrastructure projects in Papua New Guinea, including airports, bridges, a water supply project, and the country’s first national road network, more than 1,600 kilometers (994 miles) in length, according to a June 2018 report by Chinese state-run media Xinhua.

Another project, touted by Beijing as an OBOR project, is the construction of an agriculture-focused industrial park. According to a May 2018 Xinhua report, China Railway Group would have the right to use 90,000 hectares of land in the Eastern Highlands and Western Highlands Provinces for 99 years, in constructing the park.

China has aggressively courted the favor of nearby island nations: in Vanuatu, it’s building a port, while in Fiji, both Australia and China have provided military training and funding to the island’s navy, in a bid to win Fiji’s defense cooperation.