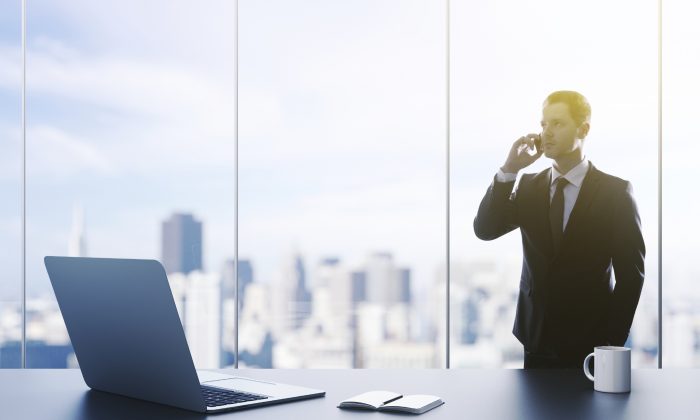 It’s not surprising that new Australian Prime Minister Malcolm Turnbull’s appointment has been well received by the startup community. When he talks about the Australia of the future being agile, innovative, and creative, he is speaking their language.

There is only one question. How do we get there?

There are at least a few countries in the world that could be characterized as agile, innovative, and creative. Among them: the United States, Singapore, and Estonia. What could we learn from them?

The United States has led the digital revolution. It started in Silicon Valley. There, Stanford and other universities provided a skilled STEM—science, technology, engineering, and mathematics—research base, the industry contributed venture capital and business expertise, and the government added steady and sustainable funding to the mix.

In America, creativity, innovation, and agility are deeply ingrained in society. The maker movement, exemplified by the global phenomenon of Maker Faires, started in California. Creativity is taught from the youngest age through initiatives such as City X, born in Wisconsin.

Singapore is one of the most advanced digital economies and benefits heavily from the commitment of its government. Singapore wants to become the world’s first “smart nation.” The government has established institutions that focus on creating a vibrant startup ecosystem. Generous funding of startups and an attractive taxation system are “icing on the cake” that the government serves.

Singaporeans want to be smart and well educated. The perception that knowledge can be the most valued resource of the country has been consistent over the 50 years of its existence.

Estonia is a young economy, moving fast in the digital space. Lack of legacy systems means that Estonians can quickly introduce digital solutions. There is no need to think about maintaining previous ones—there aren’t any. It’s an inventor’s heaven.

A strong push for STEM education has always been present in Estonia’s educational system. This, married with entrepreneurial spirit triggered when independence was restored in 1991, created a perfect storm. And it would not have been possible without the strong support of the government.

In the United States, Singapore, and Estonia, it is all about government support, education, and the right innovation culture.

Governments need to play a very active role. A robust ecosystem, like Silicon Valley, can be developed when a government is strategically focused. The U.S. government is now switching to a supportive role, with the digital economy becoming very mature.

The government of Singapore behaves more like a startup, with a clear vision, defined investment and incentive strategy. And Estonia, the youngest economy of the pack, is in a seeding phase, looking to implement and create an entrepreneurial ecosystem.

Education is a top priority. The decentralized model in the United States has enabled grassroots movements resulting in great creative talent. The structured model in Singapore produces highly skilled and technically capable citizens. Estonia has traditionally focused on STEM skills and aims to digitize all learning experiences by 2020.

While policies and education are important, innovation culture eats them for breakfast. Obama brings inventors to the White House. Singapore’s Lee Hsien Loong uses Facebook and Google Drive to share and discuss C++ code he wrote years ago. Estonian President Toomas Ilves reminds everyone that this young country is behind such disruptive technologies as Skype.

Estonians are bold, curious, and not afraid of experimenting. Singaporeans are rigorous, ambitious, and use their skills wisely. Americans are proud, entrepreneurial, and global in their actions. They are all explorers of the digital economy in their own ways.

Governments that foster innovation are more about how they behave than their structure. In this case “talking the talk” is almost as important as walking it—to build the right innovation culture.

Turnbull’s beliefs, values, and assumptions, born of his business experience, will be vital to keep innovation and entrepreneurship on the agenda while developing the ecosystem in Australia.

A well-designed educational system is crucial. There has to be a strong focus on developing STEM skills, while remembering that creative skills are just as important. We need to foster curious, creative, and entrepreneurial minds. And we need to remember that education never ends: lifelong learning and digital literacy skills are key to a successful digital economy.

Innovation, creativity and agility need to be cherished and celebrated. Just like Obama praises creative kids in his tweets, we hope to see Turnbull continuously recognize individuals and organizations that exhibit entrepreneurial traits. And just like other successful economies, we need to create an environment where successful startups stay here.

Australians need to be bold and aspire to have the strongest and fastest-moving digital economy in the world. There is no reason to doubt it is possible.

If the first vision is not right, we can pivot. Just like any startup would.

Marek Kowalkiewicz is a professor and PwC chair in digital economy at the Queensland University of Technology, Australia. This article was previously published on TheConversation.com