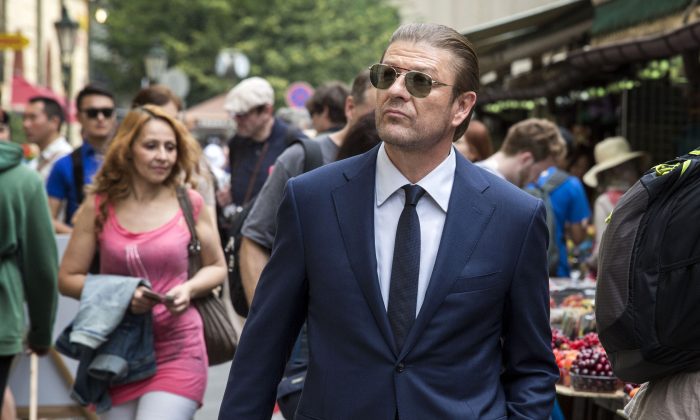 This image released by TNT shows Sean Bean as Martin Odum in a scene from the "The Legend of Curtis Ballard," episode of the TNT series, "Legends." The network said Monday, Nov. 16, 2015, it will not air an episode of its drama Legends because it depicts a terrorist shooting into a crowd in Paris. TNT said it will instead air a rerun of Legends that was originally shown a few weeks ago. (Larry D Horricks/TNT via AP)
Entertainment

NEW YORK—The TNT network isn’t airing an episode of its drama “Legends” on Monday because it depicts a terrorist shooting into a crowd in Paris.

The network said Monday it will instead air a rerun of “Legends” that was originally shown a few weeks ago.

TNT isn’t the only network to shuffle its schedule because of sensitivity surrounding the attacks last Friday. CBS said it was replacing episodes of the Monday prime-time dramas “Supergirl” and “NCIS: Los Angeles.” The “NCIS” episode concerned Islamic State recruitment of women, and the “Supergirl” episode was supposed to deal with a bombing.

“Legends” is in its second season on TNT.

Showtime aired a new episode of “Homeland,” its drama that involved fighting Middle East extremism, on Sunday with a printed message beforehand that warned viewers that the show may contain disturbing content in the context of the Paris attacks.

“We extend our deepest sympathies to all touched by the Paris attacks,” Showtime said in the message.