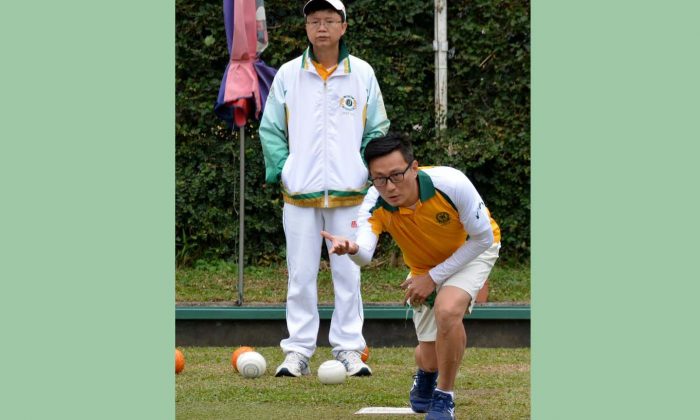 HONG KONG—Second-from-bottom Police team hammered the leader Craigengower Cricket Club at home in the last match before the Triples League entered its 2017 Chinese New Year break to give themselves some breathing space against relegation, and leave the title race wide opened.

Before the weekend game, CCC were leading the table by 4 points while their Police team opponents had only amassed 12 points from two home wins and were stuck in the relegation zone, CCC must have been expecting another big win.

But as the 2nd and 3rd placed teams Hong Kong Football Club B and HKFC-A also suffered losses in their games away from home, CCC still hold a slender one point lead after the disastrous weekend.

The Police have moved up to fifth place but the gap between themselves and relegation is still only a mere two points.

Club de Recreio is now at the bottom with 10 points. Three teams in front of them are level on 18 points, and Filipino Club (FC) are on 19 points and a fierce fight for survival is anticipated.

In the women’s competition, leader Island Lawn Bowls Club suffered their first defeat of the season at the hand of the defending champion Shatin Sports Association. The team still maintain a lead of nine points despite of the setback. STSA is not in third position, leveled on point with second-placed CCC.

HKFC, who won the trophy for five consecutive years before conceding to STSA last term, was now 10 points less than the leader, after registered back-to-back draw at Seabird Sports Club last weekend.

At the bottom is the Police team and Club de Recreio.

The Triples League will break for a week for the Chinese New Year and resume on February 4.

There will be a break in Triples League for Luna New Year this weekend with the next matches taking place on Feb 4, 1017.