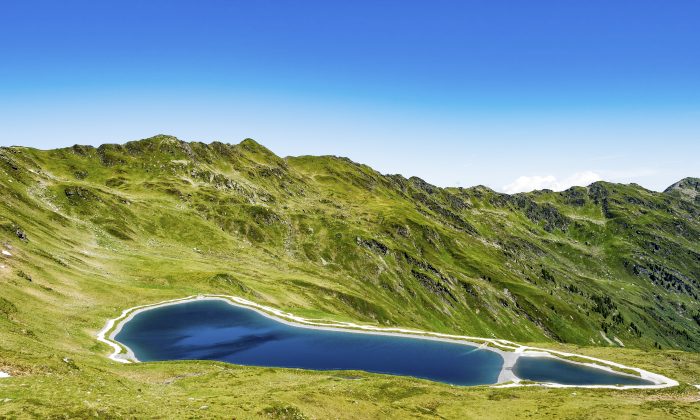 The smaller the pond, the higher the concentration of carbon dioxide and methane, new research shows.

Although ponds less than a quarter of an acre in size make up only 8.6 percent of the surface area of the world’s lakes and ponds, they account for 15.1 percent of carbon dioxide (CO2) emissions and 40.6 percent of diffusive methane (CH4) emissions.

“That makes small ponds an important player in the carbon cycle,” says Meredith Holgerson, a doctoral student at Yale University and the study’s lead author.

“Our study is the first to include these small ponds in global estimates of CO2 and CH4 emissions, largely because they are difficult to map and were thought to play a small role in carbon cycling.”

Holgerson and coauthor Peter Raymond, professor of ecosystem ecology at Yale, conducted their analysis by combining recent estimates on the global number of lakes and ponds with a compilation of direct measurements of CO2 and CH4 concentrations from 427 lakes and ponds. They found that concentrations were greatest in smaller ponds and decreased as the ponds and lakes grew larger.

The reason has to do with the physical makeup of very small ponds and the way they cycle carbon. Small ponds have a high perimeter-to-surface-area ratio, for example, and accumulate a higher load of terrestrial carbon—so-called “leaf litter,” sediment particles and other material.

Small ponds also tend to be shallow, which means their terrestrial carbon loads are highly concentrated compared to larger lakes.

Lastly, gases produced at the bottom of these ponds are able to reach the top more often than what occurs in larger lakes, due to greater water mixing and shallower waters. Because of this, CO2 and CH4 generated in sediments affects the entire pond.

The findings warrant additional research to more accurately estimate the number of tiny ponds around the world, says Holgerson. Such spots don’t typically show up on satellite images, but they can be mapped using aerial images and LiDAR, a remote sensing technology that uses reflected laser light.

The researchers also says their findings suggest that small ponds are likely breaking down terrestrial carbon that is not factored into assessments of the world’s carbon stocks and fluxes.

“The carbon cycling that happens in freshwater systems needs to be accounted for in estimates of terrestrial production,” Holgerson says. “These numbers are important to quantifying the global carbon cycle and making predictions about future stocks and flows of carbon.”

The findings appear in Nature Geoscience.