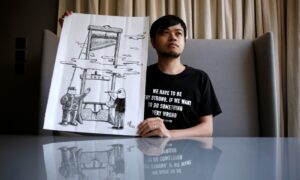 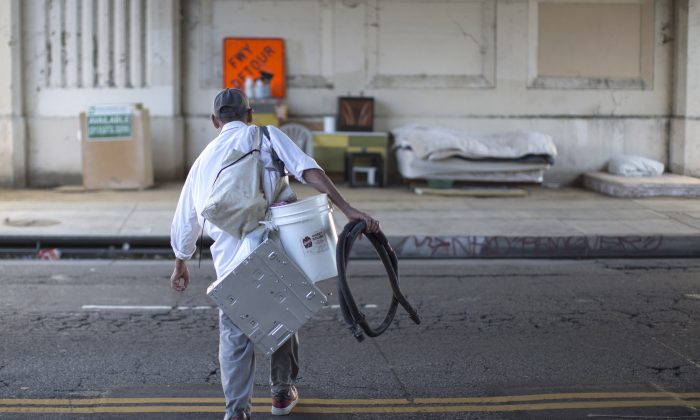 Fernando Lopez carries possessions to his street side encampment which is protected from minor storms by an overpass on November 20, 2015 in Los Angeles, California. (David McNew/Getty Images)
HK Life

Tiny Houses for the Homeless Seized by LA Officials

As with any metropolitan area, Los Angeles has its fair share of homeless people living on the streets.

Recently, Elvis Summers has started constructing tiny mobile wooden houses for the homeless in LA, getting funding from GoFundMe. Many of them are located in the highway underpasses.

However, the structures have been seized by the city for being unsafe and will be destroyed, the LA Times reports.

“Unfortunately, these structures can be hazardous to the individuals living in them and to the community at large,” city spokeswoman Connie Llanos said in a statement on the mayor’s behalf.

Summers had built 37 tiny houses from over $95,000 that he raised from GoFundMe, and said he was “angry” the houses would be destroyed instead of being given back to him.

Los Angeles has been swamped with a growing homeless problem in recent months, with homeless camps being set up all over the city, filling up highway underpasses, along the freeway, and sometimes even on the overpasses where the sidewalk is.

A 2015 survey by the Los Angeles Homeless Services Authority found that the number of homeless people had increased by 12% in LA in the preceding 2 years.