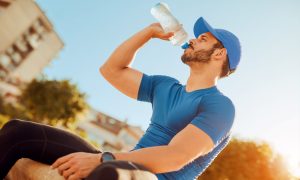 Plastic: What You Didn’t Know You Were Eating Every Day
0
Share Now
TelegramFacebookTweetEmailTellMeWeReddit
Copy Link 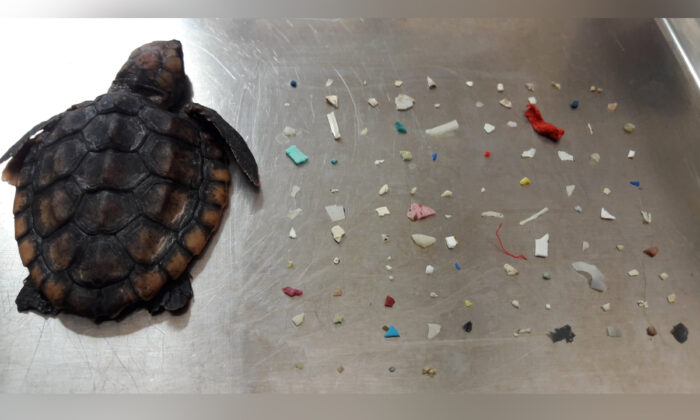 A tiny sea turtle died after eating 104 small pieces of plastic. It washed ashore in Florida sending a sad reminder that oceans need to be kept “plastic-free.”

Gumbo Limbo Nature Center shared a picture on Facebook on Oct. 2 of the turtle with 104 pieces of plastic removed from its tiny body.

“Not such a happy #TurtleTuesday this week. It’s washback season at Gumbo Limbo and weak, tiny turtles are washing up along the coastline needing our help. Unfortunately, not every washback survives,” said the Center.

It said all the cases of turtles that don’t survive had one thing in common—plastics in their intestines.

“This turtle, which would fit in the palm of your hand, had eaten 104 pieces of plastic,” the Center explained.

More than eight million tons of plastics are discharged into our oceans every year, according to Plastic Oceans International, a non-profit based out of California.

It said more than one in three species of marine mammals have been found entangled in “marine litter” and over 90 percent of all seabirds have plastics in their stomach.

“This is a sad reminder that we all need to do our part to keep our oceans plastic-free,” Gumbo Limbo Nature Center wrote on its facebook.

Sea Turtles, an organization that protects endangered sea turtles says the sea receives most of its trash from rivers and 80 percent of it originates from either the landfills or other urban sources.

Sea Turtles also organizes educational activities, volunteer trips, and conservation programs. They said, “Sea turtles are affected by plastic during every stage of their life. They crawl through plastic on their way to the ocean as hatchlings; swim through it while migrating; confuse it for jellyfish (one of their favorite foods), and then crawl back through it as adults.”

It says 52 percent of all sea turtles globally have ingested plastic particles.

Plastics block the sea turtles’ intestines and can even cut through their intestinal tract causing internal bleeding.

“Perhaps the most distressing fate of all is when the plastic in the turtle’s stomach imitates the sensation of being full. Turtles then neglect to seek out other food sources and ultimately die from starvation,” the WWF study said.

Turtles are strong swimmers but once they get entangled in plastic waste or wires, they get weighed down, can’t swim properly to breathe on the surface and eventually drown.