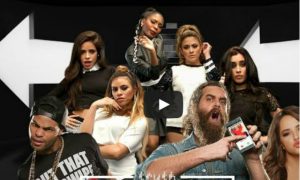 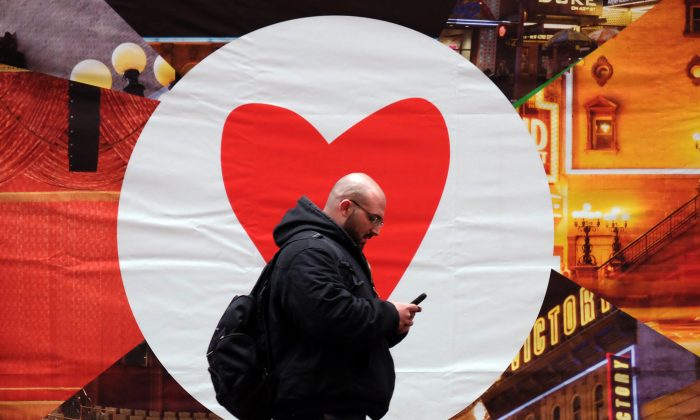 A man texts on his smartphone as he walks along a street in New York on March 4, 2015. Social dating app Tinder announced it will limit right swipes, in effort to emulate real life relationships. (Jewel Samad/AFP/Getty Images)
Business

On Thursday, the dating-app Tinder announced in a blog post that it was implementing a new algorithm to cap the number of right-swipes a user can make within a 12-hour period, with the aim of cutting down the practice by some users who “only swipe right just to see who likes them back.”

On Tinder, swiping right on a profile means you want to be matched with that person, and allows for further communication between the users if the other party also swipes right.

“As Tinder continues to grow, it’s our mission to make sure every match counts. So, we recently made some changes that we’re confident will make Tinder even better for all users,” Tinder posted on its official blog.

As Tinder continues to grow, it’s our mission to make sure every match counts.

Using Tinder more as social media platform for attention rather than a dating tool is a longstanding practice that goes back to the app’s earliest days. The group, who swipe right and then block matched users en masse, was dubbed “indiscriminate narcissists” in an Awl glossary of Tinder terminology from 2013.

Tinder’s new policy addresses a problem that is endemic to most social platforms online, that of fostering lasting relationships in a world where the cost of forging new connections is so low. In 2011, the British philosopher Roger Scruton posited that social media websites like Facebook and Twitter were undermining the formation of real friendships by crowding them out with digital substitutes.

Scruton said that while social networks did make it easier to preserve existing friendships by allowing people separated by geography to better keep in touch, but made it more difficult to form new ones because overcoming the barriers to befriending someone was a critical part of the process. He’s also a critic of online dating for similar reasons.

In limiting the number of right swipes, Tinder is setting up an artificial barrier that emulates how dating works in the analog world

In limiting the number of right swipes a user makes, Tinder is setting up an artificial barrier that emulates how dating works in the analog world, where the social costs of communicating romantic interest in someone is non-trivial. Tinder however, gives users a way to bypass this limit by subscribing to the Tinder Plus premium service, which ranges from $9.99 to $19.99 per month, depending on your age.

Yet for better or for worse, online dating is here to stay in the 21st century. A University of Chicago study in 2013 found that a full one-third of marriages from 2005 to 2011 started with an online meeting, and if the growth of dating apps like Tinder is any indicator, that number is only growing.

According to the research group Parantap, Tinder has seen its monthly user base triple from 8 to 24 million between early 2014 and 2015, and was valued at $750 million in September.