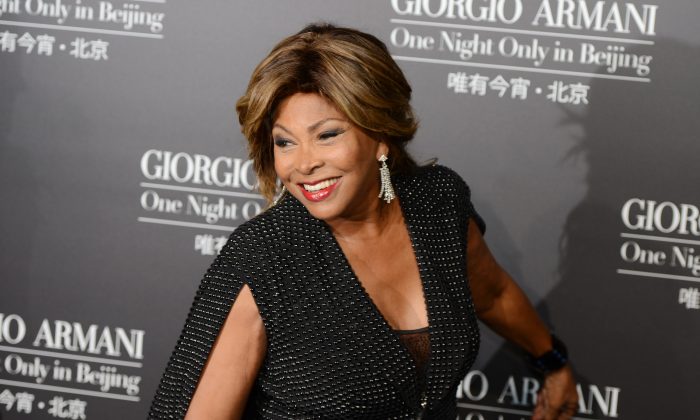 Tina Turner arriving on the red carpet for the fashion show by 77-year-old designer Giorgio Armani at the 798 art complex in Beijing on May 31, 2012. (MARK RALSTON/AFP/GettyImages)
Entertainment News

A spokesperson for the Los Angeles County Department of Medical Examiner-Coroner told People Magazine that Craig Turner, 59, was found dead in his apartment on Tuesday. He had died from a self-inflicted gunshot wound.

An autopsy is planned for Craig Turner, officials said.

According to a profile on Rodeo Realty, Craig Turner was a real estate agent operating out of Studio City. The profile said that Turner was dedicated to serving his clients and often went the extra mile for them.

Craig Turner was born to Tina Turner when she was 18. His father was saxophonist Raymond Hill.

When Turner married Ike Turner, Ike became an adoptive father to Craig. Ike and Raymond Hill were in the same band.

Tina Turner, who currently lives in Europe with her husband, Erwin Bach, has said that she was abused by Craig’s adoptive father, who died in 2007.

She told Oprah in 2005 of her son’s response to her abuse, saying, “He’d always look down in sadness.”

“One day when Ike was fighting me, Craig knocked on the door and said, ‘Mother, are you all right?’ I thought, ‘Oh, please, don’t beat me at home.’ I didn’t want my children to hear.”