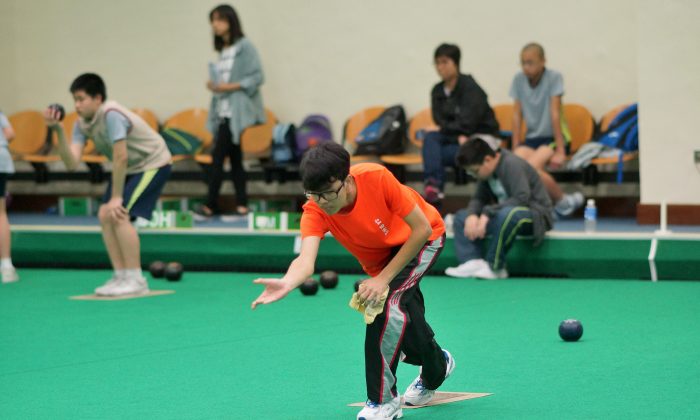 This year the number of participating schools was eight, same as last year, but the total number of teams was slightly increased from last year’s record low of 15 teams to 17 teams.

Despite the number of schools remaining the same as last year, it is still an alarming sign for the competition because the number has been on the decline since reaching the height of 18 participating schools in 2012.

Warren Kwok, the vice president in charge of youth development at the Hong Kong Lawn Bowls Association, believes that more needs to be done to attract schools to participate, “Over the years we relied heavily on the members of the Hong Kong Youth Team to recruit players at their school and some success was achieved.  However as more youth members retired from the team, it is more difficult for us to follow this route.

“We need to be more proactive to promote our sport to the education sector and get more schools to be involved.  This will be a long term process but is something we must do,” said Kwok.

Of the five secondary schools that took part, YOTTKP showed their determination by sending four teams to participate.  The champion team won four games and drew once to clinch the title.  The runners-up were also from YOTTKP.

In the primary section, LTSSLS also sent four teams to the competition and collected both champion and runners-up trophies.

Premier league continues this Saturday May 7 at all greens in Hong Kong starting at 2:30pm.