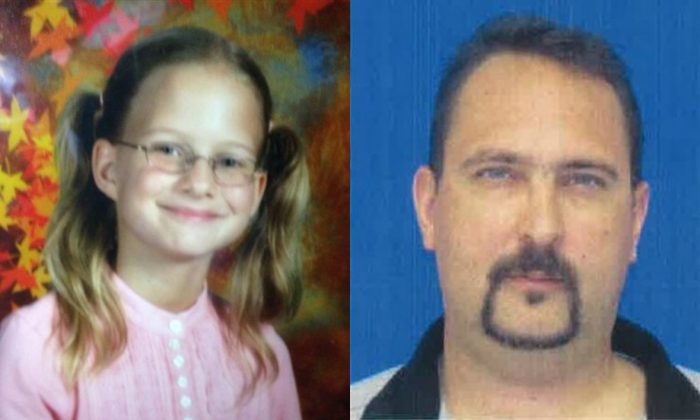 Baltimore County Police issued a warrant on Friday charging Timothy Virts, the father of a missing girl, in the death of the girl’s mother Bobbie Jo Cortez.

Police announced Friday that they have obtained a warrant charging Timothy Virts, the girl’s father, with murder after discovering 36-year-old Cortez’ body at her Dundalk, MD home a day earlier. Their daughter, 11-year-old Caitlyn Virts, was missing along with her father.

Police spokeswoman Elise Armacost says Caitlyn’s twin sister and Cortez’ young son, as well as two adults, were living at the home. She says Timothy Virts had also been staying there for the past several weeks.

Maryland State Police sent an Amber Alert for Caitlyn about 90 minutes after Cortez was found and a second was later issued in West Virginia.

The search was expanded nationwide on Friday after the warrant was issued.

Police are concerned for Caitlyn’s safety.

Police would not say how Cortez was killed, only that she was slain.

Police don’t know what custody arrangements the parents had.

Bobbie Cortez’s husband, Daniel Cortez, 38, is jailed on charges that include sex abuse of a minor. He was indicted on those charges on Wednesday, according to online court records. The vehicle police believe Virts is driving is registered to Daniel Cortez.

Police described Virts as white, 6-fooot-3 and 280 pounds. He may be driving a black Dodge Durango with Maryland plates 5AJ4458.

Police are not sure what, if any, relationship there is between charges against Daniel Cortez, Bobbie Cortez’s slaying, and Caitlyn’s abduction, they said earlier in the week.