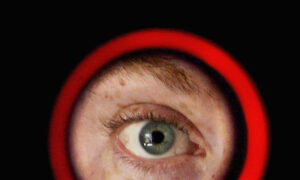 TIMELINES: Who on Feb. 24, 1841, argues in the US Supreme Court to free Africans who killed a Spanish slave ship captain?

On Feb. 24, 1841, John Quincy Adams—attorney, member of the House of Representatives, and former president—begins arguing the Amistad case before the Supreme Court. Adams calls for the release of 36 Africans detained when Spanish slave ship La Amistad is seized by the United States off the coast of Long Island, N.Y. 18 months earlier. The Africans, having been kidnapped from home, are in transit to a Caribbean plantation to work as slaves but manage to rebel, killing the ship’s captain. The rest of the crew is spared, after they promise to sail La Amistad back to Africa. Instead, however, they play a trick and sail north to America where they are detained. What follows are a series of trials, going all the way to the Supreme Court, to determine the outcome of the ship and its human cargo. Adams defends the Africans’ right to fight to regain their freedom. The Van Buren administration pushes to return the ship and its cargo to its original Spanish owners. Adams ultimately wins, arguing that appeasing a foreign nation must not supersede upholding individual rights and the Africans are freed. Abolitionists help raise funds for the return trip to Africa.

Slavery and forced labor continue today with U.S. State Department estimating in 2011 that as many 27 million people around the world are trapped in some form of forced labor including involuntary servitude, bonded labor, or sexual slavery. Their backgrounds are varied, as is the work they are forced into. One example is a case of 400 Thai nationals who traveled all the way to Seattle, Wash., looking for work picking apples and ended up being locked up in wooden shacks with no pay, according to Washington, D.C.-based Polaris Project. The U.S. Department of Justice estimates as many as 150,000 people in the United States are living in slavery.