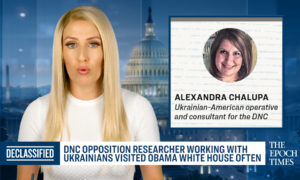 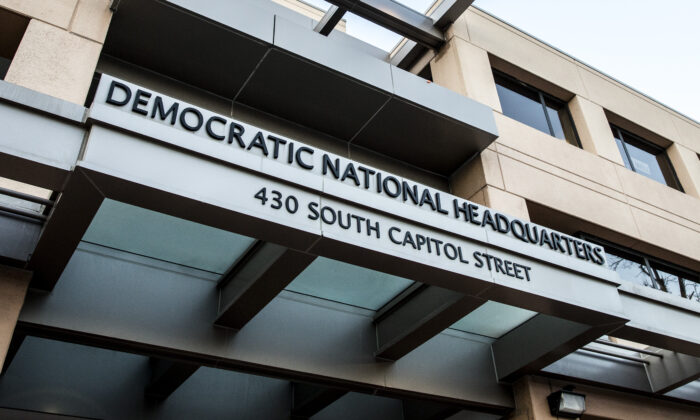 As we rapidly approach Campaign 2020, Democrats and Republicans have fired up a new debate about which foreign entities tried to interfere in the 2016 U.S. presidential election.

Both sides agree that Russian interests made attempts to meddle in the 2016 campaign. Special counsel Robert Mueller wasn’t able to connect any Americans to the alleged scheme, but filed a case against 13 Russians. He charged that they were instructed to write social media posts opposing Clinton and “to support Bernie Sanders and then-candidate Donald Trump.” Although it hasn’t been widely reported, Mueller also testified there were instances of Russian social media support for Hillary Clinton as well.

But there’s widespread disagreement on the role Ukraine may have had in U.S. election interference in 2016.

This past week, Democrats stepped up efforts to dismiss such allegations as “debunked” and a “conspiracy theory.” Republicans doubled down, stating that the alleged Ukrainian efforts may not have been a “top-down” operation—as they believe Russia’s was—but could have been significant all the same and deserve serious investigation.

The Republican heads of two Senate committees have asked the FBI and the Department of Justice for records related to reported collusion between Ukraine and U.S. Democrats to get “dirt” on the Trump campaign from Ukraine in 2016.

At least part of Ukraine’s alleged role has been easier to piece together than the Russian interference, thanks to public reporting and interviews with some of those involved. Additional facts are available through federal lobbying disclosures filed under the Foreign Agents Registration Act, and from documents published by WikiLeaks.

According to reporting by Politico in January 2017, efforts by Democrats and Ukraine to “sabotage” the Trump campaign in 2016 did impact the race, even though Trump won in the end.

Both Politico and Yahoo News interviewed a key player in the controversy, Democratic National Committee (DNC) consultant Alexandra Chalupa, who previously worked under the Clinton administration.

Chalupa reportedly acknowledged in her 2017 interview with Politico that she worked as a consultant for the DNC during the 2016 campaign with the goal of publicly exposing Trump campaign aide Paul Manafort’s links to pro-Russian politicians in Ukraine. Chalupa admitted coordinating with the Ukrainian Embassy, and with Ukrainian and U.S. news reporters.

In public accounts since the original news articles, Chalupa—a Ukrainian American—has claimed that her role and intentions have been misrepresented.

Relevant allegations are recounted below, in chronological order.

The FBI investigated and wiretapped Manafort for allegedly not properly disclosing his Russia-related lobbying work. The FBI failed to make a case at the time and discontinued the wiretap.

March 25: Chalupa reportedly met with top Ukrainian officials at the Ukrainian Embassy in Washington in an effort to tarnish the Trump campaign by exposing “ties between Trump, top campaign aide Paul Manafort and Russia,” according to Politico.

The Ukrainian embassy proceeded to work “directly with reporters researching Trump, Manafort and Russia to point them in the right directions,” according to an embassy official, though other officials later denied engaging in election-related activities.

March 30: Chalupa reportedly briefed DNC staff on alleged Russian ties to Manafort and Trump. It was the day after the Trump campaign hired Manafort to manage the July Republican convention.

With the “DNC’s encouragement,” Chalupa reportedly asked the Ukrainian embassy to arrange a meeting with Ukrainian President Petro Poroshenko to discuss Manafort’s lobbying for Ukraine’s former president, Viktor Yanukovych. The embassy reportedly declined to arrange the meeting but became “helpful” in trading information and leads, according to Politico’s reporting.

Ukrainian embassy officials and Chalupa “[coordinated] an investigation with the Hillary team” into Manafort, according to a source to Politico. This effort reportedly included working with U.S. media.

The week of April 6: Chalupa and the office of Rep. Marcy Kaptur (D-Ohio), co-chair of Congressional Ukrainian Caucus, reportedly discussed holding a possible congressional investigation or hearing on Manafort and Russia “by September.” Chalupa says she began working with reporter Mike Isikoff around this time.

April 12: Bielkova and a colleague met with Sen. John McCain (R-Ariz.) associate David Kramer with the McCain Institute, according to government records. Kramer is a former U.S. State Department official affiliated with the anti-Russia “Ukraine Today” media organization. He would later be sent to London by McCain to meet with the author of the anti-Trump dossier, Christopher Steele.

April 20: Chalupa reported that she was a victim of a cyberattack on this date. The FBI imaged her laptop and smartphone. (Two Republican Senate committee chairmen are now seeking these records.)

April 26: Isikoff published a story on Yahoo News about Manafort’s business dealings with a Russian oligarch.

April 28: Chalupa reportedly was invited to discuss her research about Manafort with 68 investigative journalists from Ukraine at the Library of Congress for the Open World Leadership Center, a U.S. congressional agency. Chalupa said she invited Isikoff to “connect him to the Ukrainians.” After the event, Isikoff reportedly accompanied Chalupa to a Ukrainian embassy reception.

May 3: Chalupa emailed the DNC that she would share with them sensitive information about Manafort “offline,” including “a big Trump component … that will hit in next few weeks.”

Late July: Chalupa reportedly left the DNC to work full time on her research into Manafort, Trump, and Russia; and she provided off-the-record guidance to “a lot of journalists.” Around the same time, FBI agent Peter Strzok opened a counterintelligence investigation into the Trump campaign.

Aug. 4: The Ukrainian ambassador to the United States wrote an op-ed against Trump.

Aug. 8: Strzok wrote to Page that they would “stop” Trump from becoming president.

Aug. 14: The New York Times broke a story about Manafort allegedly taking improper cash payments a decade prior from pro-Russia interests in Ukraine. Ukraine’s so-called “black ledger” showing the cash payments was publicized by the National Anti-Corruption Bureau of Ukraine.

Ukraine had formed the National Anti-Corruption Bureau in 2014 as a condition to receive U.S. aid.

The same day, Ukrainian Parliament member Sergii Leshchenko, who was part of the “Petro Poroshenko Bloc” political faction, held a news conference to draw attention to Manafort and Trump’s “pro-Russia” ties. The original link to a photo of the news conference was recently removed.

At the news conference in Ukraine, Leshchenko was said to be exposing “a firm run by U.S. businessman and Republican Party presidential candidate Donald Trump’s campaign chairman Paul Manafort, who reportedly directly orchestrated a covert Washington lobbying operation on behalf of Ukraine’s ruling political party, attempting to sway the American public’s opinion in favor of the country’s pro-Russian government, during the presidential period of Victor Yanukovich, according to a report of the Ukrainian Independent Information Agency.”

Nov. 18–20: McCain and his longtime adviser Kramer—a former U.S. State Dept. official—attended a security conference in Halifax, Nova Scotia, where Sir Andrew Wood, former UK ambassador to Russia, told them about the Fusion GPS anti-Trump dossier. They discussed taking steps to confirm that the information had reached top levels of the FBI for action.

Nov. 28: Kramer flew to London to meet Steele for a briefing on the anti-Trump research. Afterward, Simpson reportedly gave McCain a copy of the dossier. McCain soon arranged a meeting with FBI Director James Comey.

Feb. 22: Kramer invoked his Fifth Amendment right not to testify before the House Intelligence Committee.

The two senators are also seeking records from the National Archives to obtain White House visitor log records regarding any meetings between Chalupa, Ukrainians, and Obama officials.

Click here to read the letter to the FBI and DOJ.

Sharyl Attkisson is The New York Times bestselling author of “Stonewalled,” a five-time Emmy Award winner, and the host of Sinclair’s national investigative television program, “Full Measure with Sharyl Attkisson.” She is a recipient of the Edward R. Murrow Award for investigative reporting and has reported nationally for CBS News, PBS, and CNN.