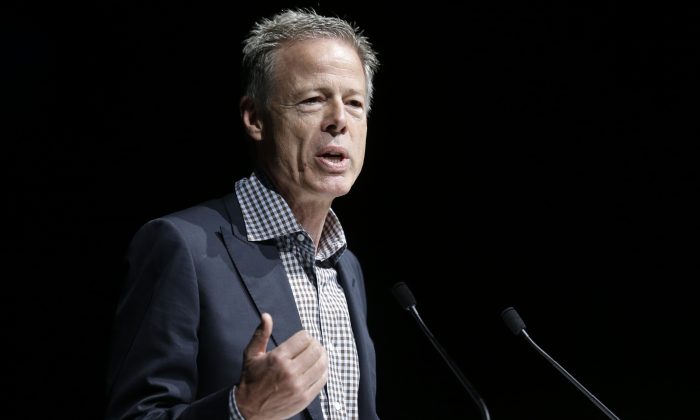 LOS ANGELES—Fans of superhero shows based in the DC Comics universe like “The Flash,” ”Arrow” and “Gotham” might have to wait a lot longer for past seasons’ episodes to come to Netflix and Hulu.

Jeff Bewkes, the chief executive of DC-owner Time Warner Inc., told analysts on a conference call Wednesday that the company is reconsidering whether to license series just a season old to such services, known as subscription video-on-demand services. There are eight DC-based shows on TV right now, including “Supergirl,” which launched on CBS last week.

He said that the reconsideration could push licensing of those shows out “to a multi-year period” similar to traditional syndication. That means roughly four years after a show first airs on TV. Bewkes also referenced the three-year delay on shows from Time Warner’s HBO reaching Amazon Prime subscribers.

Bewkes also said that could mean adding more shows on-demand to people who pay for TV packages from providers like cable and satellite companies.

Analyst Anthony DiClemente of Nomura Securities said the move is a reaction to the growth of Netflix as a power in the TV industry.

“Some of the media executives are looking at Netflix as a digital distributor who has gained too much power,” he said. “They are thinking, look, maybe we should keep our most valuable content inside the traditional pay TV ecosystem, which is the golden goose.”

DiClemente speculated the shift could mean that pay TV providers like DirecTV and Comcast would soon be able to offer back episodes for the entire current season to customers in on-demand libraries, rather than just the most recent five episodes.

While revenue grew 5 percent to $6.6 billion, topping the $6.5 billion expected by analysts polled by FactSet, and adjusted earnings of $1.25 beat predictions of $1.09 per share, its earnings outlook of $5.25 per share for fiscal 2016 fell short of expectations for $5.60.

The company blamed foreign exchange headwinds and greater investment in programming for the forecast shortfall.