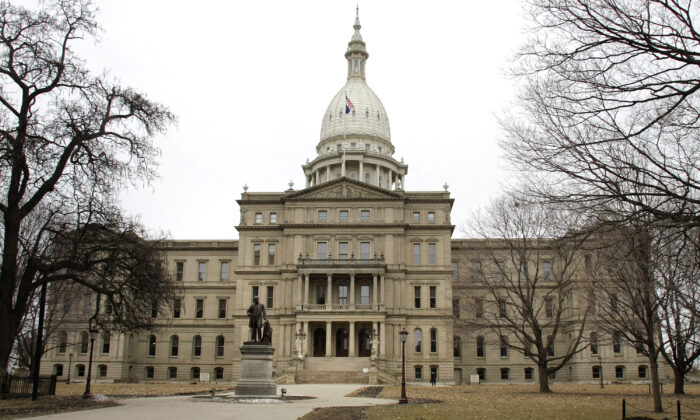 Those who fight for a more equitable way to keep track of sexual predators won a big victory in Michigan last week. That’s a state with some 44,000 names on its sexual-offenders registry.

U.S. District Court Judge Robert Cleland put his foot down and gave the Michigan legislature 60 days to rewrite its current “unconstitutional” registry statute. Last spring, Cleland set a 90-day deadline for lawmakers to rework the law, but he was ignored. This time, he’s serious.

Everyone agrees we need to keep track of career sex criminals after they are released from prison. Once they’ve been convicted of violent sex crimes, it’s possible they’ll re-offend. A public safety monitoring system makes sense.

But understand that these state registries—there is one in every state—are bloated beyond belief with many names that shouldn’t be there. Registries were mandated by federal law in the mid-’90s to keep watch over ex-convict pedophiles who sexually targeted children. Somewhere along the line, we lost our way.

Included in the registry over the years have been: a 10-year-old female caught “play-acting sex” and then branded with “criminal sexual conduct” charges; a 19-year-old boy caught with his 15-year-old girlfriend; drunks discovered urinating or streaking in public; average citizens unjustly accused of sex crimes during ugly divorces; and men duped into believing that an intimate partner was not a minor when she was. Many of these people, often caught up in a moment of normal human passion, have been forced to register as sex criminals—for the rest of their lives.

Do we really want to lump these kinds of “criminals” in with hardcore sexual predators?

Cleland found that the 2006 amendments to Michigan’s Sexual Offenders Registration Act illegally clawed onto the registry citizens who had committed offenses and served their time years before the law was ever enacted. He also concluded that a 2011 amendment to the act, which added confusing rules for juveniles, was unconstitutionally vague and overreaching. Among other things, the 2011 amendment allowed juveniles (who met certain criteria) to apply to escape the registry—but only after 25 years.

While the requirements and restrictions vary from state to state, it is undeniable that this system is destroying lives and taxing both public safety and social welfare programs. It’s a lifelong sentence, straight out of “The Scarlet Letter.”

Registrants must check in with law enforcement for decades after the offense. Their case details and personal information is shared with the public, including where they work and live. This, of course, is information any employer or landlord will see. The registrant cannot travel without checking in with another police department, nor can he or she be anywhere near where a child might be (even if their offense didn’t include a child). This can include their own home, a school, a fast-food restaurant, a church, a theater, or a mall. This can greatly restrict where a registrant can work or live. It can also make them targets of vigilante justice.

In 1999, a high school student in Oklahoma jokingly flashed female classmates and was arrested for indecent exposure. He was jailed for four months and ordered to register as a sex offender for at least a decade. The kid committed suicide a month before his 20th birthday.

In 2002, a woman in Georgia was convicted of sexual offenses for allowing her 15-year-old daughter to have sex in their home. She was not sentenced to jail, but she was forced onto the sex-offenders registry. Three of her children were put in foster care, and she had to leave the family home to live in a trailer “way off on a dirt road.”

In 2016, Ernest Leap of Oakview, Missouri, finally won a gubernatorial pardon for a crime both he and his two sons insisted never happened. For 27 years, Leap had to live with the moniker “child molester,” following a most-ugly divorce. Ernest had won custody of his young boys, but they would later tell the court their mother had forced them to lie about their father’s molestation.

It’s cases like these that make it clear every state needs to follow Michigan’s lead and check the fairness of their sex-offender registries. Cut the bloat, and focus monitoring on the most dangerous sex criminals among us.