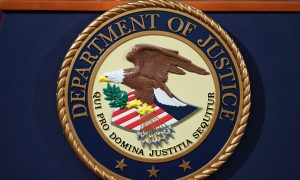 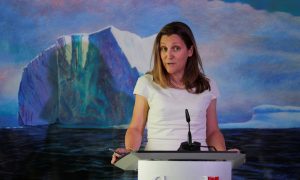 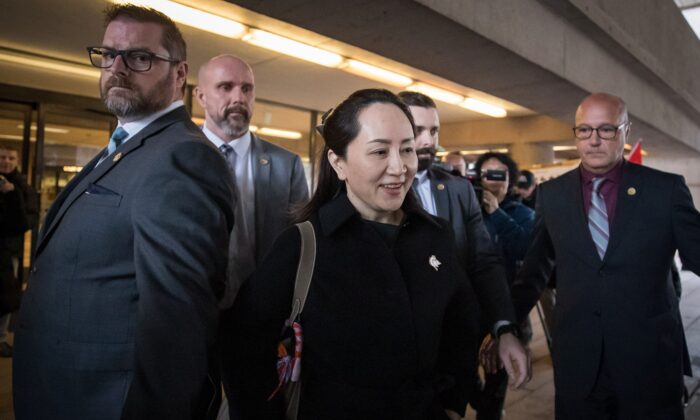 Huawei executive Meng Wanzhou, who is out on bail and remains under partial house arrest, leaves the B.C. Supreme Court in Vancouver on Jan. 21, 2020. (The Canadian Press/Darryl Dyck)
Canada

OTTAWA—Canada must take a stronger stand when it comes to the Chinese communist regime, says former ambassador to China Guy Saint-Jacques.

His remarks come on day 408 of detention for Canadians Michael Spavor and Michael Kovrig—imprisoned by China in apparent retaliation for Canada’s arrest of Huawei executive Meng Wanzhou—and the same week that Prime Minister Justin Trudeau rejected a potential “prisoner exchange.”

“I have argued that the only language China understands is one of firmness,” said Saint-Jacques, Canada’s ambassador to China from 2012 to 2016.

“So far, we have refrained from criticizing China for what it’s doing in Hong Kong. We have not been very forceful to deplore what’s going on in the province of Xinjiang where over one million Uyghur have been in detention.”

Spavor and Kovrig were arrested in China on Dec. 10, 2018, nine days after Meng was taken into custody by Canadian authorities on a U.S. extradition request.

Meng is wanted by U.S. authorities for fraud and conspiracy charges the Huawei CFO allegedly committed while doing business with Iran in violation of American sanctions against the Iranian regime.

At a caucus retreat in Winnipeg on Jan. 20, Trudeau nixed the idea of exchanging Meng for Spavor and Kovrig, saying that Canada “will abide by the rule of law.”

Manny Montenegrino, who was an adviser and a lawyer for former prime minister Stephen Harper, says Canada could show some backbone by going after China’s insatiable appetite for Canadian coal.

“We are the largest exporter of coal in North America and we export it into China—they need our coal—so I don’t understand why the prime minister isn’t saying ‘we are going to retaliate, no more coal,’” Montenegrino said.

“It would be a win for the environmentalists in Canada, and it’s a win for trade, and maybe those two men come home. Why does he not do it?”

Given that Beijing barred Canadian pork, beef, and soy products due to alleged contamination, Saint-Jacques suggests increasing inspections of Chinese goods entering this country to ensure conformance to Canadian law.

The former ambassador adds that Canada should revisit how domestic businesses and cash interact with the Chinese regime.

“The other thing we could do is a complete review of our investment policy and what we’re doing in terms of projects that involve the sale of technology or the collaboration on for instance artificial intelligence,” he said.

“Is there a risk the products and technology that’s developed through this research could be developed in China to limit freedom of expression?”

“The government has to be more forceful when we discover cases of interference in Canada because what China now expects from foreign countries is that we will exercise self-censorship, and by that I mean preventing campus debates on the situation in Taiwan, in Hong Kong, in Xinjiang, for example,” he said.

“We know the Chinese government is very active in the Canadian-Chinese diaspora, so any time we catch them putting pressure on a Canadian of Chinese origin, we should react. And all this is a question of fundamental values that we feel are important.”