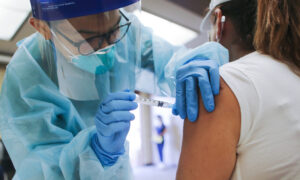 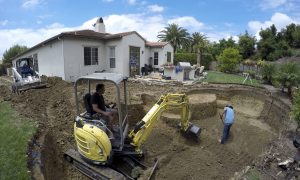 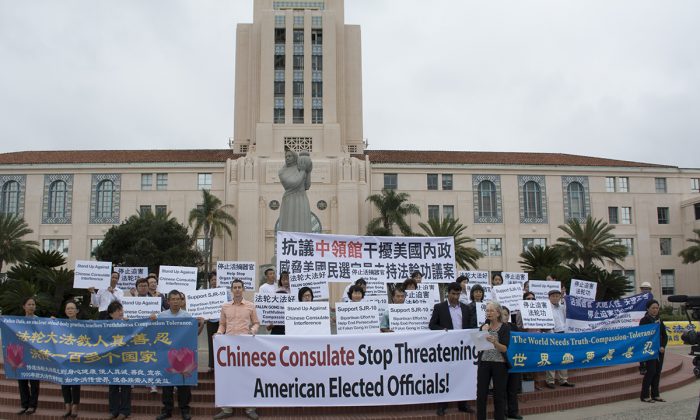 Time Runs Out on Resolution Chinese Consulate Wanted to Bury

SACRAMENTO, Calif.—During the last, hectic week of the California legislature’s session, from Sept. 11 to 15, practitioners of Falun Gong sat in the Senate gallery as silent witnesses to the proceedings below.

They wanted with their presence to challenge the consciences of the senators, to remind them that on the other side of the world terrible human rights abuses were taking place, and the senators had the opportunity to condemn those crimes.

That opportunity had been presented with SJR-10, a resolution that condemns “any government-sanctioned persecution of Falun Gong practitioners in the People’s Republic of China.”

On Aug. 29, the Judiciary Committee unanimously passed the resolution, and a California Senate proud of its record of supporting human rights appeared ready to give the measure its stamp of approval.

But on the afternoon of Sept. 1, the San Francisco Consulate General of the People’s Republic of China emailed an unsigned letter to all California senators warning that the resolution “may deeply damage the cooperative relations between the state of California and China.” After receiving the letter, Senate President pro Tempore Kevin de Leon kicked the resolution to the Rules Committee, a parliamentary maneuver that effectively killed it.

The resolution’s supporters inside and outside the legislature refused to accept the sidelining of SJR-10 and worked until the end of the final day of the final week of the Senate’s session to bring it to a vote, using parliamentary maneuvers, lobbying, media coverage, a petition, and rallies.

The Faces of Torture

Speaking from the floor of the Senate, the resolution’s sponsor, Sen. Joel Anderson, pointed to the gallery and said, “When you look up above me and you see the faces of torture victims, I want you to think that you don’t have it in your heart not to allow this [resolution] to be heard on this floor.”

In fact, the Chinese regime had brutally tortured several of those sitting in the gallery, simply because these people believed in Falun Gong, a traditional Chinese spiritual practice in the Buddhist tradition.

Falun Gong, also known as Falun Dafa, consists of living according to the principles of truthfulness, compassion, and tolerance and practicing a set of slow-moving, meditative exercises. In 1999, practitioners reported that 100 million Chinese had taken up Falun Gong; a state survey reported the number as 70 million.

In either case, the number was greater than the membership of the ruling Communist Party. This scared then-Party leader Jiang Zemin, who ordered a campaign to eradicate the practice.

At a booth on the lawn outside the Capitol building, some of the torture victims shared their stories with the passing legislators, their staff, and the public.

Among the practitioners telling of the horrors they had experienced in China was Bay Area resident Carmen Shen. When she learned SJR-10 had been sidelined, she was eager to come to Sacramento.

Shen had owned an import-export business in China. Because of her faith in Falun Gong, she was sent to the Daxing Women’s Forced Labor Camp in Beijing.

“While we were incarcerated at the labor camp, as a form of torture, the practitioners were made to sit on small wooden stools for more than 10 hours every day, and we were given only a few mouthfuls of vegetable soup and small steamed buns to eat,” Shen said. “We were also subjected to a variety of physical tortures and mental torment.”

Among the tortures was the forced ingestion of hallucinogens.

“Another thing that no one understood, is why each month a large tube of blood was drawn from every illegally detained Falun Gong practitioner,” Shen said. “The guards all claimed that it was for our regular physical checkup. Now we know that the blood was most likely for tissue matching for organ transplants.”

In the spring of 2006, reports came out of China that the regime was forcibly taking organs from living Falun Gong practitioners, killing them in the process. Since 2006, researchers have assembled a large body of evidence documenting the practice of organ pillaging in China.

The report concludes that the Chinese regime is performing 60,000 to 100,000 transplants per year, with most of the organs coming from Falun Gong practitioners.

As Shen and other practitioners who had experienced torture in China told their stories at the booth outside the Capitol, they made an impact. One practitioner manning the booth said, “Everyone is talking about SJR-10.”

The talking grew louder as local, national, and international media outlets carried stories about the state resolution the Chinese regime wanted to block.

Hundreds of practitioners helped raise awareness by holding rallies on Sept. 8 outside the Chinese Consulate in San Francisco, on Sept. 12 outside the consulate in Los Angeles, and on Sept. 13 in San Diego.

Inside the Capitol, Anderson tried to leverage the mounting attention given to his resolution.

Since SJR-10 could not be voted on directly on the Senate floor, Anderson tried to amend other bills with the content of the resolution, giving senators a chance in that way to vote on it.

Between Sept. 11 and Sept. 15, the last day of the session, Anderson attempted to add the language of SJR-10 to 18 resolutions.

Speaking each day that week, Anderson tried a variety of different tactics to persuade his colleagues to act. He read the names of the 24 Democratic cosponsors from California who had voted for H.Res.343, the 2016 resolution by the U.S. House of Representatives that “condemns the practice of state-sanctioned forced organ harvesting in the People’s Republic of China.”

He read statements of support from various politicians, including a letter from retired California Congressman Sam Farr, a 24-year veteran of the U.S. House of Representatives. He cajoled and lectured and appealed to his fellow senators’ consciences.

And Anderson made motions to release SJR-10 from the Rules Committee and bring it to a vote, with his last motion coming at 1 a.m. on Sept. 16.

Meanwhile, pressure was put on de Leon, the senate president whose parliamentary maneuver had deprived SJR-10 of a vote. Practitioners hastily circulated a petition in his district asking that he move the resolution out of the Rules Committee and allow it to be voted on. In five days, 3,000 of de Leon’s constituents had signed the petition.

In the end, time ran out on Anderson, his supporters in the California legislature, the Falun Gong practitioners, and the sympathetic public that had responded warmly to the practitioners’ efforts by, for instance, signing the petition to de Leon.

De Leon did not bring SJR-10 up for a vote, and at the close of business in the early morning hours of Sept. 16, the chance to change his mind, at least in this session, had ended.

Shen explained why she had wanted to come to Sacramento to fight for SJR-10.

“Now I live in California, and I can enjoy freedom of belief. But there are still hundreds of thousands of practitioners in China under brutal persecution,” Shen said.

Anderson explained why this vote, on this resolution, mattered.

“We should be standing strong against genocide anywhere in the world,” Anderson said. “There were those who denied the Holocaust. There is no excuse with what we know today to deny the holocaust that is going on in China against Falun Gong practitioners. We need to stand up and say that nobody’s body parts should be harvested for their religious beliefs.”