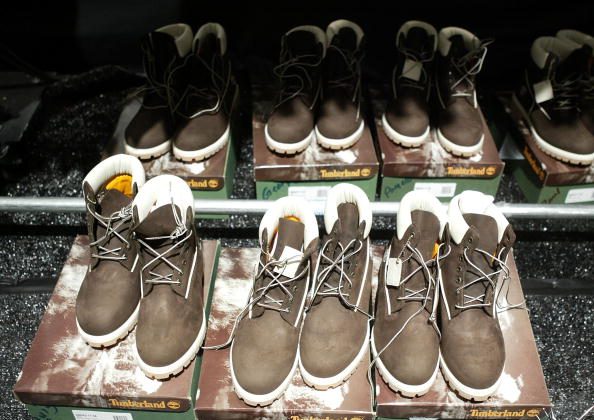 An article suggesting the CEO of Timberland is racist and said that he doesn’t want to “see blacks in my boots” is fake. It has fake quotes from a spokesperson, John Kilpins.

The bogus article was published on NahaDaily, a satirical website.

Here’s the disclaimer for the site: “NahaDaily is completely fictional and is based off of current events in urban culture and entertainment. This is satire and parody.”

But the story had numerous shares and generated buzz on Twitter this week.

“They’re work boots and let’s be honest. ‘They’ don’t like to work” Said Timberland’s new appointment in a shocking reveal during a press conference.

The new appointed Timberland Ceo lost it at a earnings press conference and revealed that he’d rather not see Blacks and Latinos in his boots.

“We started this company with a vision. To make the best damn boot that you can wear from the construction yard to the nearest Klan meeting without sacrificing fashion” Said John Kilpins Senior Marketing VP of the Timberland boot brand.”

The story doesn’t have any truth to it.

However, users on social media thought it was real, apparently.

“I wish Russell Simons would come out with a work boot call Mud Stumppers..That would be the answer to this Tims situation..Black men and women would buy this product..Since they do not need our buisness..Boycott them,” one person wrote in the comments section.

Added another: “Yes! We as African Americans should boycott this company! We have got to start showing these type of arrogant pricks the value of the African American money! We have got to start standing for something and stop falling for anything! Let him see who actually pays his bills! The very ones he don’t want wearing his product! I say the hell with Tims and we ALL should! This should REALLY go viral! #TMZ You see this mess?!”

But another wrote, “You do realize this is satire right?”